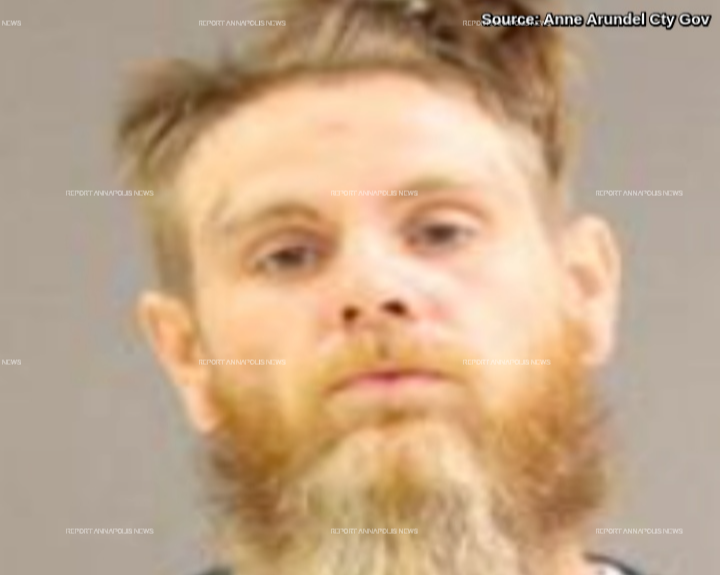 The man who was arrested and charged in connection with the robbery of a taxi driver in Annapolis had just been released from jail the day before on an unrelated assault case.
According to an Arundel County Police Department press release, officers responded for a report of a strong-arm robbery of a citizen in the 700 block of Bestgate Road in Annapolis on June 3, 2022, at approximately 6:00 a.m.  Officials say the victim picked up the suspect from a nearby medical facility and drove him to several locations to find an ATM before ending up in the 700 block of Bestgate Road.
"While at the Bestgate Road location, the suspect grabbed the victim in a “bear-hug” and a struggle ensued, the press release said.  "The suspect was able to remove the victim’s wallet and fled on foot. "
Through investigative means, the suspect was identified later that day as 29 year old Cody Evan Wolford from Pasadena, police said. Wolford has been charged with five criminal offenses, including felony robbery, second degree assault and theft, court records show.  On June 6, 2022, a Glen Burnie District Court judge ordered Wolford to be held without bond at the Jennifer Road Detention Center.
On June 2, 2022, that same judge released Wolford on his own recognizance in a separate case after being denied bond during two previous review hearings.  A review of electronic records indicate Wolford was arrested on May 30, 2022 for assaulting a women six days prior.  A trial date in that case has been scheduled for August 3.