Ward Two Alderman Fred Paone: I have decided not to seek re-election to the Annapolis City Council 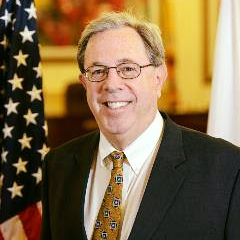 ﻿The time has come for me to decide whether I shall run for re-election as Ward 2’s Alderman. As always, this decision involves much introspection, thought and serious discussion with family and trusted friends. After much thought and reflection, I have decided that fourteen years is enough time on the City Council and I will not seek re-election for a fifth term. It is time for someone else to take the reins in Ward 2. Hopefully, that someone will have a sense of political balance and will be able to articulately express both favor and opposition to relevant issues in an an appropriate manner with the well being of our neighbors in mind.
It has been a high honor and distinct privilege to represent the people of Ward 2 for the last fourteen years. To those who have supported me, thank you. To those who have not, thank you for generally being measured and constructive in your criticism. At this point, I fully intend to serve out the remainder of the term to which I was elected.
Much work remains. Many problems persist. Regrettably, partisan politics remain in large part, the order of the day. There frequently is little concern for permanent solutions. I sincerely regret that this unfortunate situation will be passed on to whomever succeeds me in office. There is no such thing as a Democratic pothole or a Republican house fire. Reasonable spending and compromise seem to be lost arts in our fair City.
In closing, thank you to the four Mayors with whom I have served. Thank you also to, by my count, my seventeen colleagues with whom I have served on the Council over the years. Finally, a special thank you goes out to the City staff whose diligent efforts are greatly appreciated.