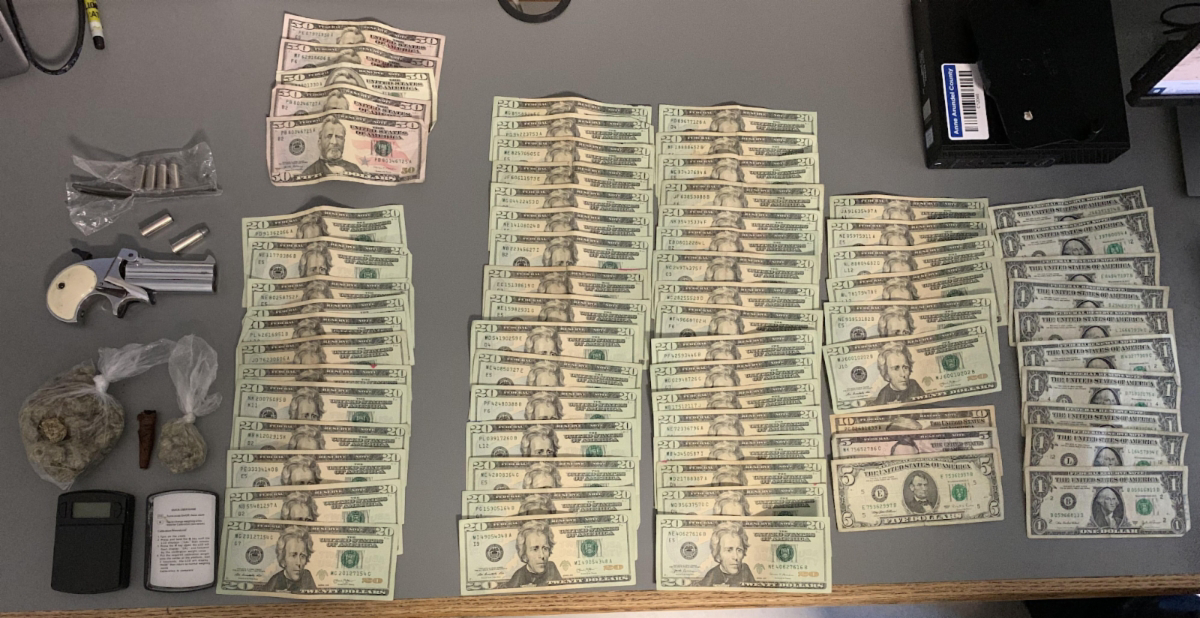 A drug and handgun related arrest in Annapolis led to the apprehension of a wanted subject.
On April 10, 2021 at approximately 10:10 a.m., an officer was patrolling in the area of the hotels in the 2500 block of Riva Road in Annapolis. While walking through the parking lot, the officer observed a parked silver and gold Toyota occupied by an adult male and an adult female. The officer approached the vehicle and noticed the odor of marijuana coming from the vehicle and a large cloud of smoke inside the vehicle.
The investigation resulted in a search of the vehicle and male occupant which resulted in the seizure of 35 grams of suspected marijuana, a digital scale, a loaded .38 Special Derringer handgun, four rounds of .38 +P ammunition and $1300.00 U.S. currency.
The male subject had an open arrest warrant for 1st degree assault and handgun charges and was taken into custody. It was also determined he was prohibited from possessing firearms. The female was released from the scene.
The male suspect was identified as:
Angelo Reno Harrod
DOB: 11/18/91
Unit block of Monument Street
Annapolis, Maryland