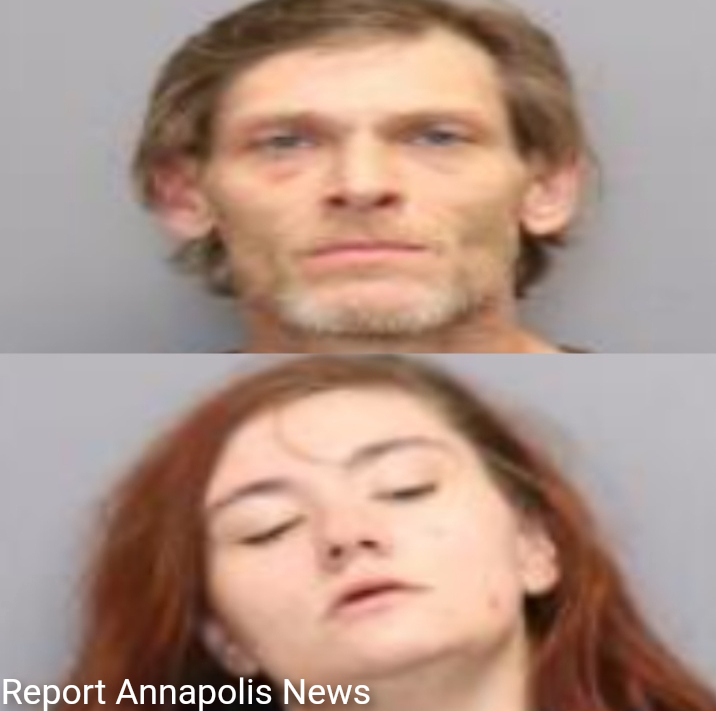 Investigators with the Anne Arundel County Police Department have arrested two people from Glen Burnie in connection with a prostitution-drug scheme which led to a violent carjacking.
On April 5, 2021 at approximately 2:30 a.m., officers responded for a carjacking in the area of Baymeadow Drive and Ordnance Road in Glen Burnie. The adult male victim reported he picked up the male suspect in Baltimore who had promised him drugs and a prostitute. The victim drove the suspect to the area of Vernon Avenue in Glen Burnie and picked up a female suspect.
The victim then drove to the 100 block of Blades Lane in Glen Burnie where he parked. The male suspect then punched the victim in the head. The victim exited the vehicle and the male and female suspect drove off with the vehicle, striking a parked vehicle as they fled. The male suspect returned to the scene and struck the victim with the vehicle before fleeing a second time. EMS personnel responded and transported the victim to an area hospital with non-life-threatening injuries.
As a result of the investigation, detectives were able to identify both suspects involved in this incident. Detectives obtained arrest warrants for both suspects who were taken into custody and subsequently identified as:
1) Gerald Edward Haigis
DOB: 06/06/1974
400 block of Vernon Court
Glen Burnie, Maryland
2) Amber Marie Frye
DOB: 01/13/1998
900 block of Nabbs Creek Road
Glen Burnie, Maryland