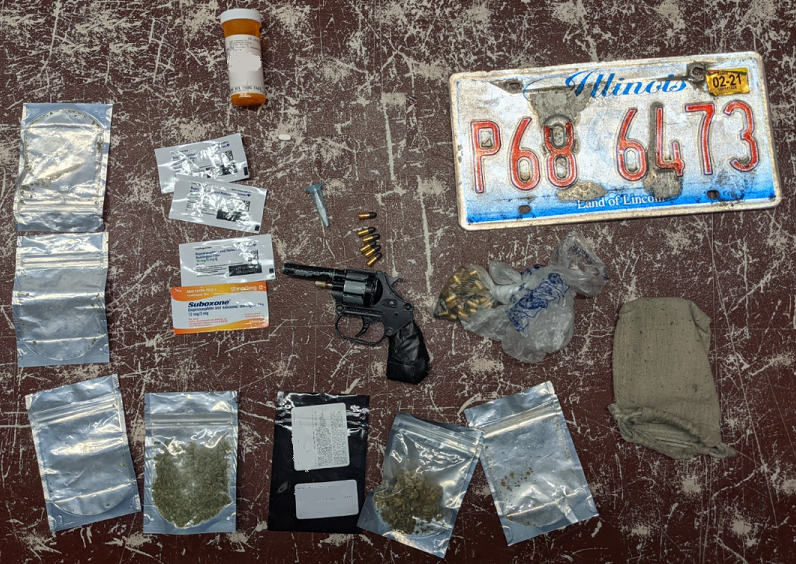 An impaired driver was arrested in Glen Burnie, and subsequently charged with drug and gun possession.
On April 8, 2021 at approximately 12:30 a.m., an officer observed a white Mercury Mountaineer being driven extremely erratically on Baltimore Annapolis Boulevard in the Ferndale area, swerving several times into the oncoming lane of traffic. Upon stopping the vehicle, the driver was found to be extremely intoxicated and/or under the influence of a controlled dangerous substance.
The driver was placed under arrest and found to be in possession of a blue container with suspected cocaine/heroin/fentanyl, 13 pills suspected Oxycodone, four Suboxone strips and a small loaded .22 caliber handgun. Located in the center console of the vehicle was a bag containing 32 additional rounds of .22 caliber ammunition and  two packets containing suspected marijuana.
The driver was prohibited from possessing firearms. He was identified as:
Tavon Derek Devon Lambert
DOB: 5-23-89
5900 block of Daywalt Avenue
Baltimore, Maryland