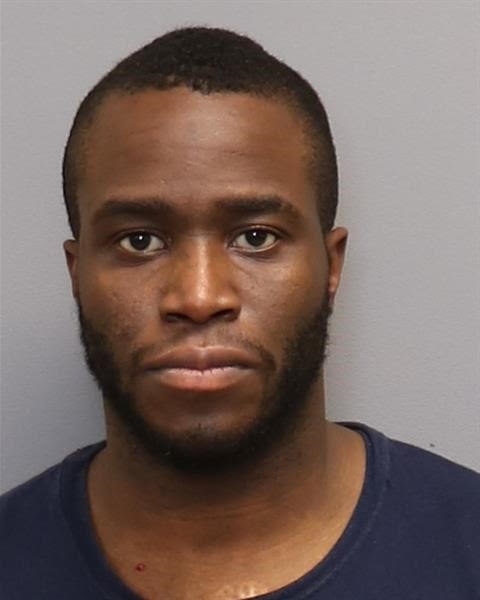 An Anne Arundel County Sheriff Deputy recently used a taser while in the process of disarming a knife-wielding armed suspect.
On April 28, 2021 at 7:11 p.m., Anne Arundel County Sheriff’s deputies responded to 1611 Durham Court in Hanover to serve an arrest warrant on Shane Sebastian Peart for Second Degree Assault.
Family members advised that Peart was in a second floor bedroom. A family member, concerned for Peart's wellbeing was able to open the door for the deputies. Peart began screaming at the deputies and the family members. Deputies attempted to calm Peart, but he remain agitated and was able to shut the bedroom door.
Deputies re-opened the door as Peart continued screaming as the deputies tried to calm him and deescalate the situation. While doing this, Mr. Pearl picked up a sheathed knife, moved toward the deputies while removing the knife from the sheath. Peart refused to obey verbal commands to stop. At that time Sergeant Matthew Beall, a seven-veteran, deployed a Taser striking Peart. This stopped the advance and allowed another deputy to disarm Peart and take him into custody.
Peart was transported to a local hospital for treatment due to the Taser exposure.  No other injuries were reported and none of the deputies were injured. Upon release from the hospital, Peart was taken to the Central Holding and Processing Center where the warrant was served.
After consultation with the State’s Attorney’s Office, additional charges were placed. Peart was held without bond.
Charges include attempted murder, 1st degree, attempted murder,  2nd degree assault, 1st degree, assault  in the 2nd degree, resisting arrest and failure to follow lawful order.