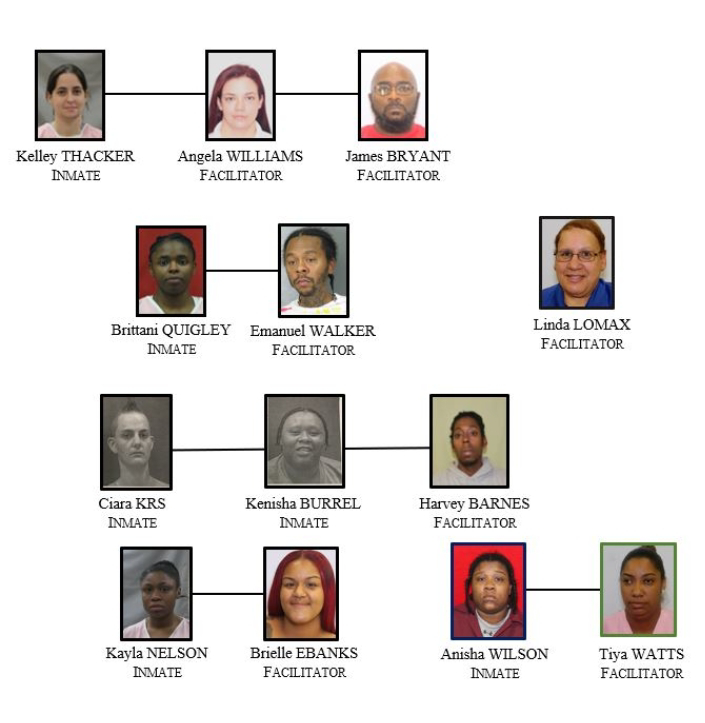 Maryland Attorney General Brian E. Frosh has announced the indictments of 13 individuals who participated in several smuggling schemes in the Maryland Correctional Institute for Women in Jessup, Anne Arundel County.
The investigation revealed that between June 2020 and February 2021, 6 inmates and 7 outside facilitators worked together to introduce large amounts of suboxone strips into MCIW.  Suboxone smuggling is a lucrative criminal enterprise in Maryland facilities.  The COVID outbreak and local supply and demand can cause $3 to $4 of Suboxone strips bought on the street to be sold between $200 to $400 dollars in jail.  In total, approximately $140,000 – $280,000 worth of Suboxone strips were recovered during the course of the investigation.
Most schemes were intercepted by law enforcement or failed because of mistakes made by the conspirators.  Schemes included an attempt to throw an orange filled with Suboxone into the compound and an attempt to smuggle drugs using specially prepared envelopes in inmate mail.  Another included enlisting the aid of Dietary Sgt. Linda Lomax to conceal hundreds of strips on her person and walk through the front entrance of the prison.  A scheme involving the attempted delivery of contraband through trash pickup was foiled when a non-conspirator inmate inadvertently threw the contraband in an area where the inmates could not reach.
Indicted individuals:
Harvey Barnes
James Bryant
Kennise Burrel
Brielle Ebanks
Ciara KRS
Linda Lomax
Kayla Nelson
Brittani Quigley
Kelley Thacker
Emanuel Walker
Tiya Watts
Angela Williams
Anisha Wilson