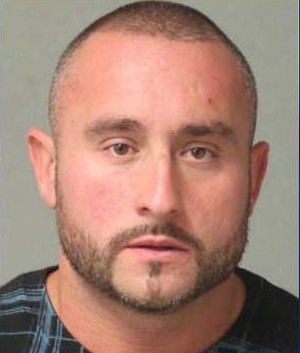 Jamie Clemons, age 36 of Pasadena, Maryland, pleaded guilty today to malicious destruction of a property by fire, in connection with the fire on July 28, 2017, at Coconut Charlie’s, a bar in Pasadena.  As a result of the arson, Coconut Charlie’s sustained over $500,000 in damage; the building was razed and the business was forced to permanently close.
“This defendant not only caused devastating damage to a longtime Maryland business, he also endangered our brave firefighters who responded to the arson that he set,” said Acting U. S. Attorney Jonathan F. Lenzner.  “I’d like to thank ATF and our partners in Anne Arundel County for their impressive investigative work in solving this arson.  Arsons are often difficult crimes to uncover and prove in court, and I am grateful to our investigative and prosecution teams for their dedication and persistence.”
According to the indictment and the government’s plea letter, on July 28, 2017, Clemons maliciously damaged and destroyed by fire a bar known as Coconut Charlie’s, located in the 9100 block of Fort Smallwood Road in Pasadena, in order to conceal evidence of an assault he had committed there on July 22, 2017.
As detailed in the statement of facts filed as part of the government’s plea letter, on July 22, 2017, at approximately 1 a.m., Clemons assaulted his girlfriend on the patio area of Coconut Charlie’s.  An Anne Arundel County Police officer witnessed the assault and it was also captured on Coconut Charlie’s video surveillance system.  As a result, Clemons was charged with second degree assault and theft of less than $100 in the District Court for Anne Arundel County, and was served with a summons for the case on July 27, 2017.
Clemons admitted that in the early morning hours of July 28, 2017, Clemons assembled multiple incendiary devices akin to Molotov cocktails, then lit the wicks for the devices on fire, and threw them at the exterior of Coconut Charlie’s in an attempt to burn the structure and destroy the video surveillance system, which had captured his assault on his girlfriend the week prior.
Due to the size of the fire, several agencies responded in an attempt to control and extinguish the fire, and a firefighter sustained injuries due to the force of a backdraft that caused him to fall off a ladder. A fire scene examination was conducted, and the area of origin of the fire was determined to be the west exterior of the restaurant. Investigators reviewed the exterior camera footage from the video recording system, which remained operational after the fire, and were able to observe multiple flashes of light (at least three), followed by a sustained fire on the west exterior of the structure.
Charred melted plastic cups, which had been filled with gasoline, and a burnt cloth used as a wick material were located on the roof and exterior grounds of the building, and most were found to contain the presence of gasoline.  Clemons admitted that he set the wicks on fire prior to throwing the devices on the roof.  An accelerant detection K9 also alerted to the presence of gasoline on the west side of the exterior just on the other side of the fence surrounding Coconut Charlie’s. This is the area where Clemons launched the devices at Coconut Charlie’s. A short distance away, along the north side of the exterior of the property fence line, a glove was found which tested positive for the presence of an ignitable liquid and contained Clemons’ DNA.
On November 30, 2017, a federal search warrant was obtained for Clemons’ text messages on his cell phone. The contents of those messages revealed that after the assault and in the days leading up to the fire, Clemons sent multiple text messages expressing concern as to whether police would obtain the video surveillance of the assault, and what the video had captured.
Clemons faces a mandatory minimum of five years in federal prison and a maximum sentence of 20 years in prison.  U.S. District Judge Richard D. Bennett has scheduled sentencing for July 13, 2021, at 1:30 p.m.