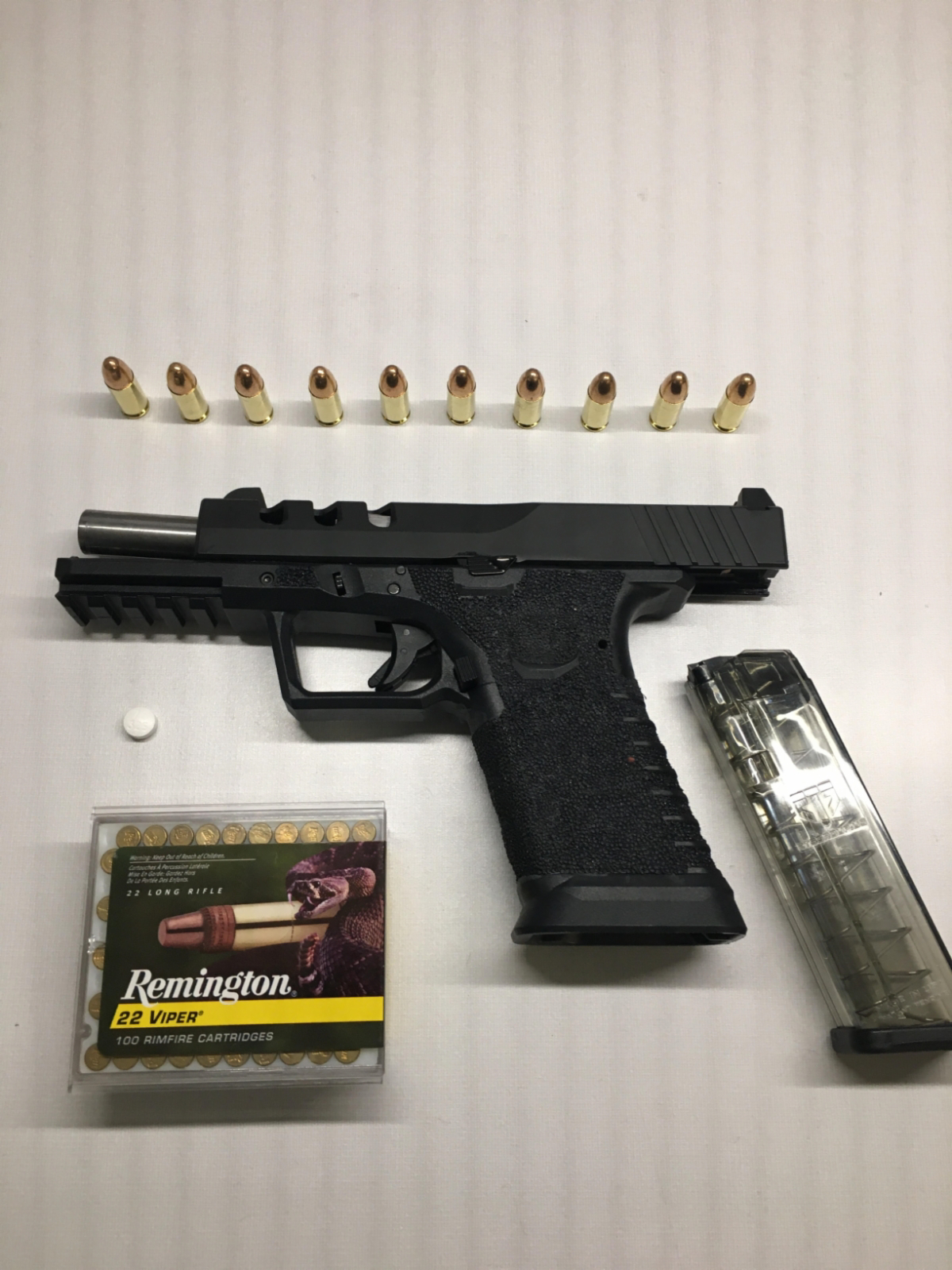 During a routine traffic stop in Severna Park, Anne Arundel County Police officers found a loaded handgun, department officials said.
On April 6, 2021 at approximately 7:48 p.m., the officers conducted a traffic stop on Ritchie Highway at Magothy Bridge Road in Severna Park. Officers made contact with the driver at which time information was obtained resulting in the arrest of the driver and search of the vehicle.
A P80 Black semi-automatic 9mm handgun with no serial number, one magazine with ten rounds of 9mm ammunition inserted in the handgun, one box of one hundred (100) rounds of Remington Viper .22lr ammunition, and one suspected acetaminophen & oxycodone hydrochloride pill were recovered during the search.
The driver was subsequently arrested, charged and identified as:
Justin Karl Hilz
DOB: 3-19-97
1100 block of Castle Harbour Way
Glen Burnie, Maryland