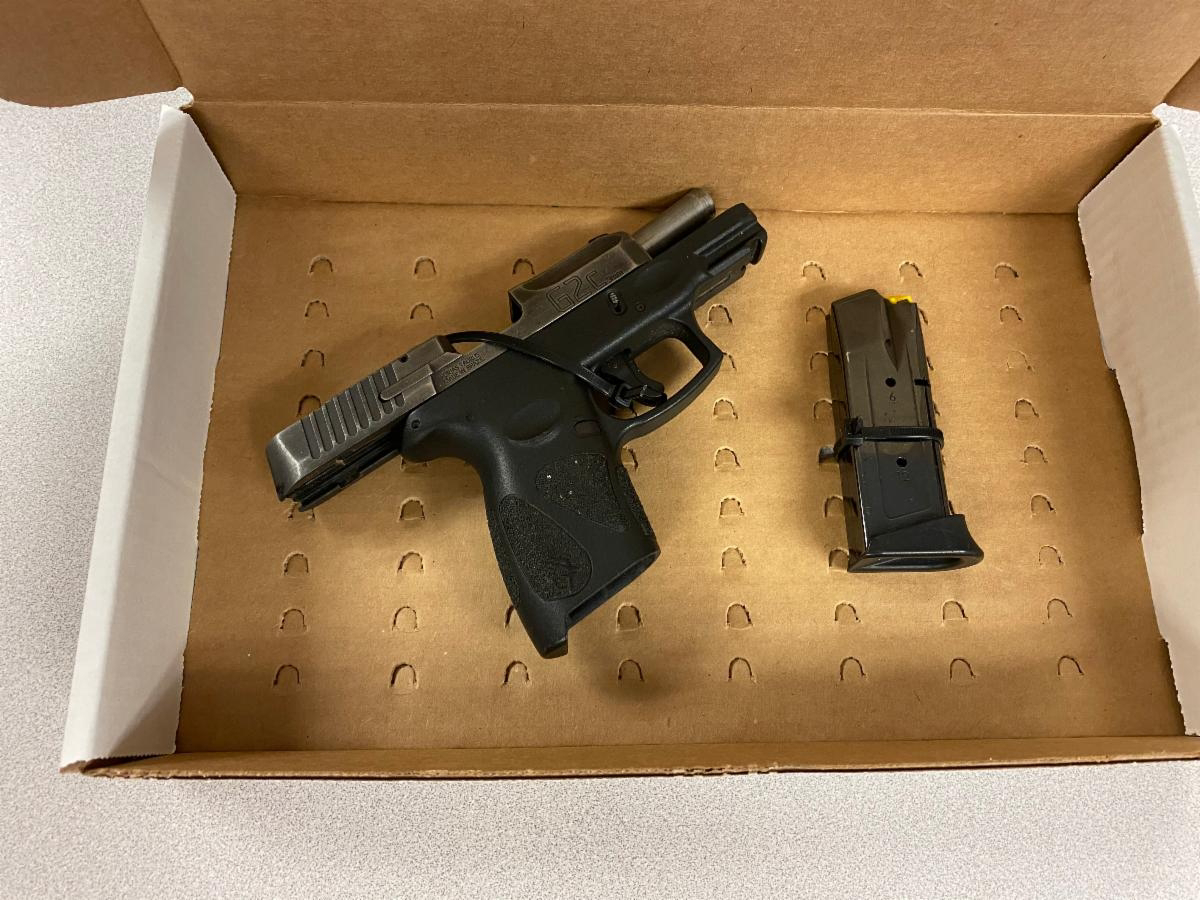 While recently conducting a traffic stop in Glen Burnie, Anne Arundel County police found a loaded handgun hidden in an unusual place.
On April 18, 2021 at approximately 9:10 p.m., officers conducted a traffic stop in the 200 block of Oak Manor Road on a 2002 gold Chevrolet Malibu for not having a functioning tag light. During the traffic stop, the driver voluntarily handed the officer a Crown Royal bag. Inside the bag officers located a loaded Taurus semi-automatic handgun.
The driver was prohibited from possessing a firearm. He was arrested, charged and identified as:
Justin Andre Henson
DOB: 8/22/83
1100 block of Wynbrook Road
Glen Burnie, Maryland