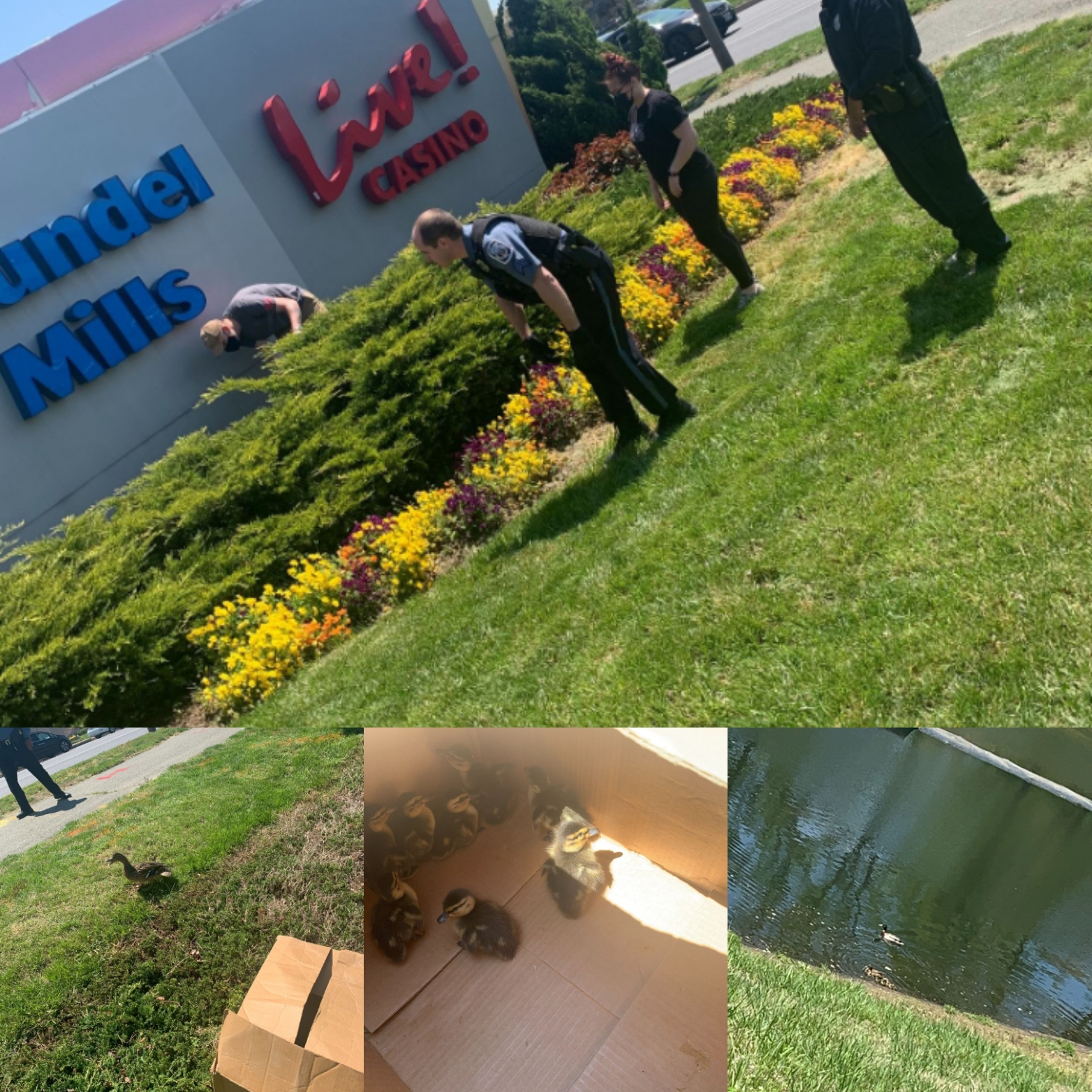 Officers with the Anne Arundel County Police Department helped a family of webbed friends make it safely out of a traffic jam on the grounds of Arundel Mills Mall.
On April 23, 2021 at approximately 12:30 p.m.,  the officers responded to the area of Arundel Mills Circle in Hanover for a crosswalk violation. Upon arrival, officers located "Mother Duck" who signaled she and her little ducks intended to cross the roadway, however one little duck failed to keep up with the group and caused a traffic delay.
A short time later with the assistance of the community and officers, Operation Ducks-In-A-Row was established to safely escort the family to a nearby retention pond. The scene was later considered safe and traffic returned to normal. "This was a highly stressful situation," the department said. "Thankfully, we were able to safely resolve the incident."