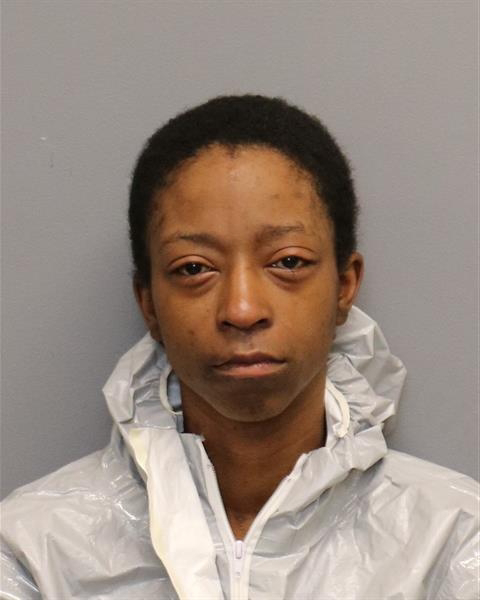 A Severn woman has been arrested and charged with second degree murder following the fatal stabbing of an ex boyfriend.
On Sunday, July 5, 2020 at approximately 12:52 a.m., the Anne Arundel County Police responded to the 1700 block of Meade Village Circle Road, Severn, Maryland for the report of a fight in progress.  Upon arrival officers located an adult male suffering from trauma to the upper body.  Responding officers rendered aid until paramedics arrived on scene.  The victim, identified as Larry Bennett Dorsey, a forty-two year old male with no fixed address, was transported to an area hospital where he succumbed to his injuries.
Anne Arundel County Homicide Detectives and the Evidence Collection Unit responded to the scene.  Several interviews were conducted as the crime scene was processed for items of evidentiary value.  During interviews detectives learned Mr. Dorsey was intoxicated and told to leave the ex-girlfriend’s residence on several occasions but would then return a short time later.   Evidence from the scene indicated his ex-girlfriend armed herself with a knife and confronted Mr. Dorsey.  During the confrontation his ex-girlfriend, identified as thirty-three year old Shantel Dakeisha Brooks, stabbed Mr. Dorsey in the chest and also the left arm.
The Office of the Chief Medical Examiner performed an autopsy on Mr. Dorsey listing his cause of death as multiple stab wounds with the manner being homicide. Homicide detectives charged the suspect, Shantel Brooks, in regards to the murder of Mr. Dorsey with Second Degree Murder and Dangerous Weapon with Intent to Injure.
Even though an arrest has been made the Anne Arundel County Police is urging anyone with information on this incident or the suspect to contact the Anne Arundel County Homicide Unit at 410-222-4731.  One can also remain anonymous by calling the Anne Arundel County Tip Line 410-222-4700 or Metro Crime Stoppers.