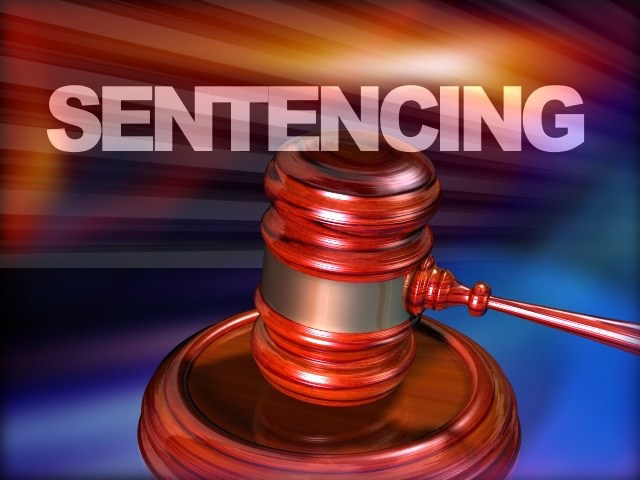 Chief U.S. District Judge James K. Bredar today sentenced Ahmad Kazzelbach, age 26, of Pasadena, Maryland, to four years in federal prison, followed by three years of supervised release, on the federal charges of cyberstalking and intentional damage to a protected computer.
According to Kazzelbach’s plea agreement, beginning in June 2015, Kazzelbach and the victim both worked at Company A, an insurance broker located in Glen Burnie, Maryland, and in December 2015 began a romantic relationship, moving into a shared apartment.  In late May 2016, the victim ended her relationship with Kazzelbach.  Although Kazzelbach moved out of their shared apartment, he subsequently began a year-long scheme to harass the victim by compromising her personal online accounts, forging policy cancellation letters on behalf of her clients, and filing false reports with law enforcement that ultimately resulted in the victim being wrongfully arrested and incarcerated on multiple occasions.
Specifically, on July 25, 2016, Kazzelbach created an e-mail account that mimicked the victim’s real e-mail address and within 10 minutes, changed the name on the victim’s Apple account to the fake e-mail address he had created.  Two days later, Kazzelbach initiated a password reset, locking the victim out of the account which controlled certain settings on her iPhone, as well as access to the photos, music, and videos associated with her account.  Kazzelbach also accessed the victim’s Instagram account and changed a portion of her user name to “whore,” and accessed the victim’s online student loan account and changed the account e-mail address to the fake address he had created.
Kazzelbach also admitted that in late August 2016, he used a fax machine at Company A to send two letters purporting to cancel supplemental health insurance policies belonging to two of the victim’s clients, whose information Kazzelbach had accessed through his position at Company A.  On August 28, 2016, Kazzelbach accessed the victim’s own online health insurance account, to which she had previously given Kazzelbach limited access for initiation purposes, and made unauthorized changes to the victim’s race, pregnancy status, and income.  The change in income resulted in the victim being disqualified from the plan in which she had enrolled, potentially modifying or impairing her medical care.
On September 1 and October 1, 2016, Kazzelbach attempted to access the victim’s bank account and tax-filing account, respectively, using a proxy server, which can be used to hide an electronic device’s true location or identity.  However, investigators were able to identify the true Internet Protocol (IP) address from which the attempts were made and determined that the account was subscribed to by Kazzelbach’s father at a residence where Kazzelbach was then residing.
On September 30, 2016, Kazzelbach sent a text message to the victim in which he disguised his real identity by using a “spoofing” program, which used computer software to make it appear as though the message originated from a Florida-based cell phone number that did not belong to Kazzelbach.  In the message, Kazzelbach wrote, “Prepare yourself for what’s coming…the last 3 months were just the beginning.  I have bigger plans for you…I love how easily manipulated you can be.”
As detailed in his plea agreement, Kazzelbach filed a petition for a protective order against the victim on December 10, 2016, in the District Court of Maryland for Anne Arundel County, falsely alleging that the victim had physically abused him and made violent threats in text messages and on social media.  A temporary protective order was granted on December 13 and a hearing on a final protective order was scheduled for December 29, 2016.  Between December 13 and December 29, Kazzelbach contacted Anne Arundel County on four occasions to falsely report that the victim was continuing to harass and threaten him in violation of the temporary protective order.  Based on Kazzelbach’s sworn statement, and on text messages, and phone calls on Kazzelbach’s phone that he had spoofed to make it appear that the victim had contacted him, when in fact, she had not, the court issued four arrest warrants for the victim.  On December 29, 2016, the final protective order against the victim was granted, effective for a period of one year.  Then, between December 29, 2016 and June 2017, Kazzelbach made 14 additional false reports to law enforcement, causing seven more criminal actions to be filed against the victim in Anne Arundel and Baltimore Counties, and resulting in her false imprisonment for four nights.
In March 2017, the Anne Arundel County prosecutor handling Kazzelbach’s case asked for Kazzelbach’s consent to download the contents of his iPhone, but Kazzelbach refused.  The prosecutor told Kazzelbach that if he did not permit a full search of his phone, the Anne Arundel charges against the victim would be dismissed.  In response, Kazzelbach began making false reports to Baltimore County instead.  In May 2017, the Anne Arundel charges against the victim were dismissed.  Baltimore County Police officers subsequently began their own investigation and determined that no attempted or completed text messages were sent from any of the victim’s accounts on the dates and times alleged by Kazzelbach.
Pasadena Man Pleads Guilty to Federal Charges for Cyberstalking and Causing Intentional Damage to a Protected Computer; Executed a Scheme to Harass a Former Romantic Partner Resulting in the Victim Being Wrongfully Arrested and Incarcerated on Multiple Occasions - Published January 16, 2020