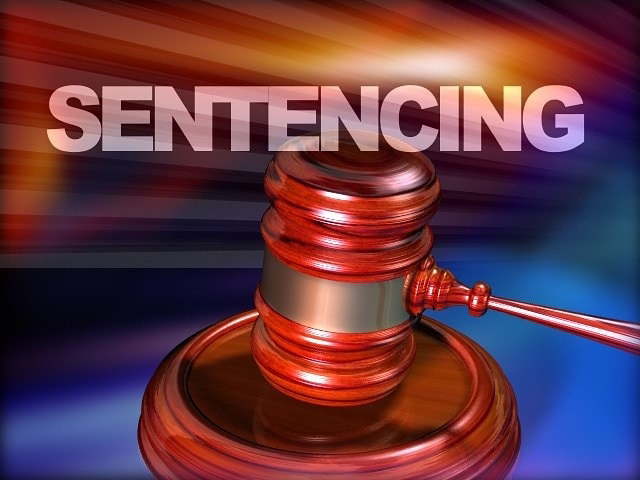 U.S. District Judge Richard D. Bennett today sentenced Cornell Slater, a/k/a Chopper, age 34, of Odenton, Maryland, to 30 years in federal prison, followed by five years of supervised release, for using, carrying, and discharging a firearm during and in relation to a crime of violence; for committing a commercial robbery; and for being a felon in possession of a firearm.
Slater’s convictions arose from the attempted armed robbery of a food service business in Baltimore on December 5, 2018, during which Slater shot an employee of the business, and from another shooting on November 14, 2018, during which Slater shot the driver of a nearby vehicle.
Co-defendant Alex Smith, a/k/a Skeet, age 34, of Halethorpe, Maryland, was convicted at trial on January 10, 2020, on federal charges of conspiracy to commit a commercial robbery, attempted robbery, and using, carrying, and discharging a firearm during and in relation to a crime of violence, for his role in the crime.
According to Slater’s guilty plea, which was entered on the eve of trial, as well as evidence presented at Smith’s trial, on December 5, 2018, Slater and Smith committed an attempted armed robbery of a food service business, which was Slater’s former employer.  At approximately 3:22 a.m., Slater picked Smith up at his residence and the two traveled to the business.  At 4:30 a.m., four employees arrived for the morning shift to open the store.  Surveillance cameras showed Slater and Smith, who were wearing masks, walking across a parking lot in the direction of the employee entrance.  As employees entered the store, Slater and Smith trailed them through the open door, posing as employees.
As detailed in the plea agreement and described during trial testimony, upon entering the building Slater confronted two victims outside of the manager’s office, pulled out a gun and shot one of the victims in the face.  Slater then forced the other employee toward the direction of the cash room, where the safe was stored.  In the meantime, Smith entered the employee breakroom and confronted two other victims, brandishing a firearm while he ordered the victims to hand over their cell phones and get on the floor.  Once Slater and the victim reached the cash room, the victim quickly entered the room and shut the door behind him, knowing that the door would lock automatically.
Knowing that they had been locked out of the cash room, Smith and Slater fled to Slater’s vehicle and drove off.
In addition to the attempted robbery, Slater admitted that on November 14, 2018, he fired two shots at a woman, striking her in the side.  The woman’s temporary license plate had been stolen from her vehicle on October 26, 2018.  While driving in her neighborhood in the 2500 block of Springhill Avenue in Baltimore on November 14, 2018, the victim saw her stolen license plate on Slater’s car and pulled beside the vehicle to see who had stolen the plate.  Slater confronted the victim for following him and shot her.  The victim was able to describe Slater and his girlfriend, who had also been in the car at the time of the shooting.
Both of the shootings were forensically linked through the National Integrated Ballistic Information Network (NIBIN) by the shell casings recovered at each shooting scene.  Using information gleaned from both investigations, law enforcement officers were able to locate Slater and subsequently arrest him on December 18, 2018, outside of his residence in Odenton.  At the time of his arrest, Slater’s vehicle was displaying another temporary license plate that Slater stole approximately two weeks earlier.  During a search of Slater’s residence, law enforcement recovered the 9mm pistol used in the two shootings from under Slater’s bed, as well as 10 rounds of 9mm ammunition.  Slater had previous felony convictions, including a prior federal conviction, and was prohibited from possessing a firearm or ammunition.
Smith faces a maximum of 20 years in federal prison for a commercial robbery; and a mandatory minimum of 10 years and a maximum of life in federal prison for aiding and abetting the discharge of a firearm during and in relation to a crime of violence.  Actual sentences for federal crimes are typically less than the maximum penalties.  Judge Bennett has scheduled sentencing for Smith on October 21,, 2020, at 3:00 p.m.