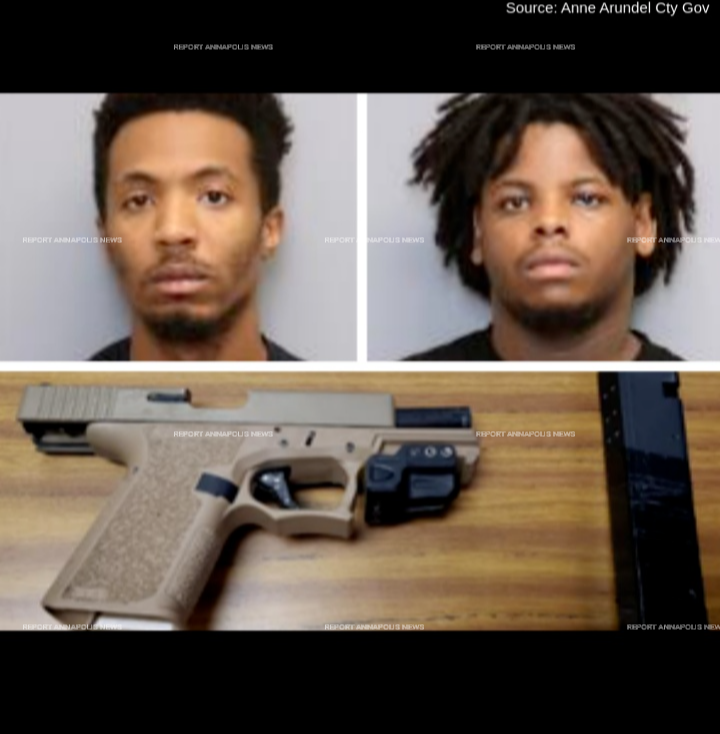 Two Anne Arundel County teenagers were recently arrested after western district patrol officers allegedly seized a gun and marijuana during a traffic stop in Hanover.
In a press release, police department officials said on July 27, 2022, at approximately 1:00 a.m., the officers conducted a traffic stop on a vehicle for equipment and registration violations in the area of Annapolis Road and Newmanstown Drive.  "As officers approached the vehicle, they were met by the odor of marijuana emanating from the vehicle," the press release said.  "During a subsequent search of the vehicle, officers found a tan, semi-automatic handgun inside a bag within the passenger compartment."
In addition to the handgun, officers found approximately 32 grams of suspected marijuana, according to police.
Both the driver and passenger were arrested and identified by authorities as:
Deonta Hunter (left picture) (Driver)
19-year-old
Severn, Maryland
Lamont Crosell (right picture) (Passenger)
19-year-old
Glen Burnie, Maryland
Court records show Hunter and Crosell were both released on their own recognizances after processing by a district court commissioner.