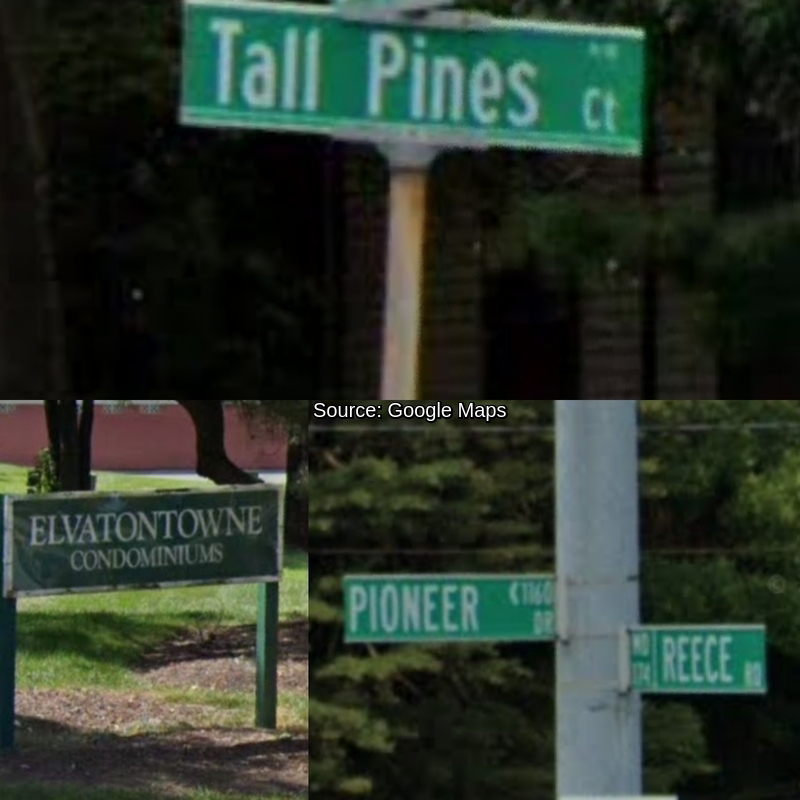 The Anne Arundel County Police Department responded over the weekend to several shootings that occured in the Glen Burnie and Severn Areas.
Officials said on Saturday, July 9, 2022, at approximately 12:30 p.m., officers were summoned for a report of gunshots fired in the area of Reece Road and Pioneer Drive in Severn. According to a police department press release, a 22-year-old male victim and a 40-year-old male victim were located on Pioneer Drive near Severn Orchard Court suffering from non-life-threatening gunshot wounds.
"Both were transported to an area hospital with non-life-threatening injuries," the press release stated.  "The victims were standing in front of the Orchard Food Mart at 1159 Reece Road when they were shot at by two unknown male suspects."  The suspects fled in a white sedan, and officers later located numerous shell casings at the scene.
On Sunday, July 10, 2022, at approximately 3:00 a.m., officers were conducting foot patrol in the area of the Elvaton Towne community in Glen Burnie when they heard what sounded like a fight coming from the end of the court, county police said. Department officials report that while approaching, the officers heard what they believed to be a single gunshot coming from inside a residence. "While investigating, the officers were notified of a shooting victim in the area of Williamstown Drive. The male reported he was walking along an unfamiliar path when hear heard an argument followed by a gunshot," a county police crime announcement reads.  "He realized he had been struck by a projectile as he was running away from the fight. The male was transported to an area hospital with a non-life-threatening injury."
A search warrant was executed at a nearby residence on Hardmoore Court, which resulted in the recovery of a stolen handgun and multiple rounds of 9mm and ammunition.
Eastern district investigators said officers responded for a report of the sound of gunshots in the 7800 block of Tall Pines Court in Glen Burnie on Monday morning, July 11, 2022, at approximately 4:00 a.m.  Police documents reveal that callers saw a white sedan speeding out of the area after the shots were fired. "A neighborhood canvass revealed several vehicles were struck by rounds and a projectile entered a residence in the 7800 block of Tall Pines Court," detectives wrote. "Several shell casings were also located in the area. "
No arrests have been made in connection to the shootings.  Anyone with information related to the incidents are encouraged to contact the police department directly or Tip Line at 410-222-4700.