$20,000 Worth of Marijuana Plants Found Outside Residence Operated by Home-Based Childcare Provider in Pasadena 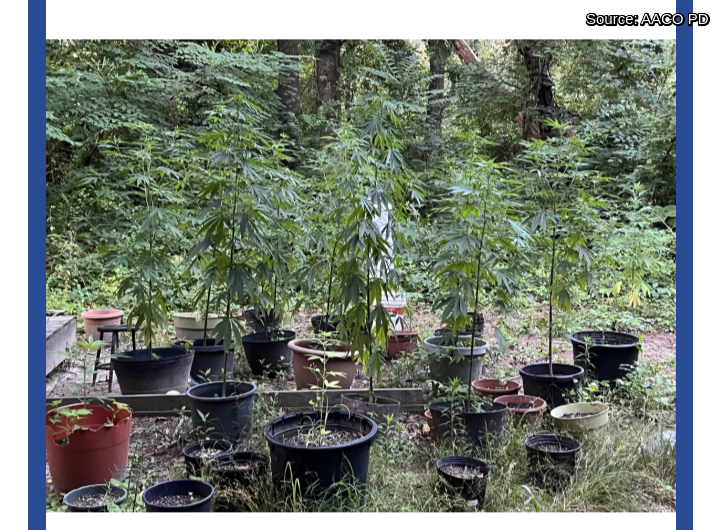 The Anne Arundel County Police Department reportedly found $20,000 worth of mairjuana plants outside the residence of a home-based childcare provider in Pasadena.
"Earlier this year, the Eastern District Tactical Narcotics Team received a citizen complaint of drug activity in the 8100 block of Waterford Road in Pasadena," police department officials wrote in a press release.  "They immediately initiated an investigation and, on July 14, 2022, executed a search and seizure warrant."
25 marijuana plants with a street value of over $20,000.00 were seized as well as approximately 20 grams of harvested marijuana, police said.  According to law enforcement sources,  officers learned that the residence is a registered in-home child care center while on scene executing the warrant.
"The Office of Child Care Quality for the State of Maryland was made aware. Kyle Wilson, a 21-year-old from that address, was charged accordingly," officials stated.
It is unclear if any children were present at the time.