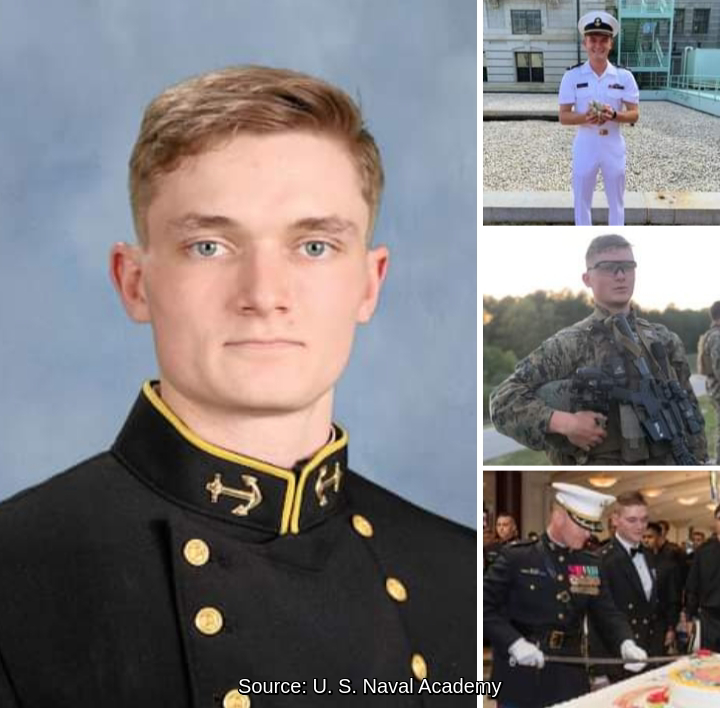 Information related to how a United States Naval Academy Midshipman died last month has been disclosed in newly released details.
The Naval Academy said Taylor George Connors, 24, passed away on the morning of June 7 in Philadelphia with family at his bedside.
According to a spokesperson for the Philadelphia Medical Examiner's Office, the cause of death was determined to be complications of thermal injuries, and the manner of death is listed as suicide.
Marine Corps Captain Ben Griffith (pictured below) was among the speakers who gave remarks during a memorial service held for Midshipman Connors in Utah on June 25. Connors served alongside Captain Griffith in the Marines after enlisting in 2016. "Taylor had many titles, but he was most proud of being a Christian. He made sure everyone knew that, through his actions," Captain Griffith said. "Taylor was the perfect example of what it meant to be a leader, and was wise beyond his years."
Connors eventually left the Marine Corps to join the Naval Academy with the class of 2023 in June of 2019.
Midshipman Connor's family expressed their appreciation inside an online obituary to a group of healthcare professionals in Philadelphia for the care provided to him prior to his passing. "We would like to extend our gratitude to the Nurses and Doctors at Temple University Burn Center for the care you provided to our son in his last moments," the family wrote in the obituary.  The family also thanked the US Navy, the Naval Academy and their affiliates for the kindness and compassion they have shown in their time of grief.
The United States Naval Academy is also mourning the loss of another Midshipman. 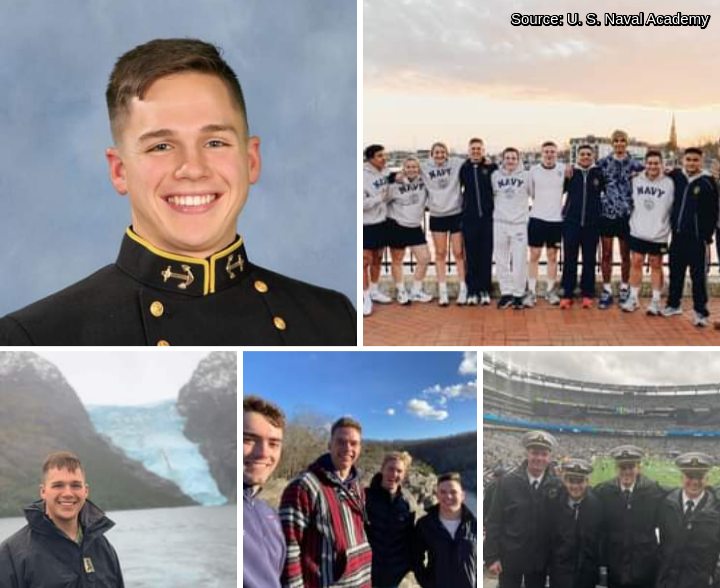 The body of Midshipman 2nd Class (junior) Luke Gabriel Bird, 21, of New Braunfels, Texas, was found by Chilean authorities on July, 17, 2022, at approximately 10:30 a.m. in a lagoon of the Salto El Agua waterfall in Placilla, in the Valparaíso region of Chile, Naval Academy officials said.
"Bird was in Chile participating in a semester abroad program at the Arturo Prat Naval Academy, which serves as Chile’s Naval Academy," the academy announced.  "He reportedly lost his footing and fell over the waterfall at approximately 11:00 a.m. on July 16, 2022 while hiking with a Chilean Naval Academy student near the waterfall."