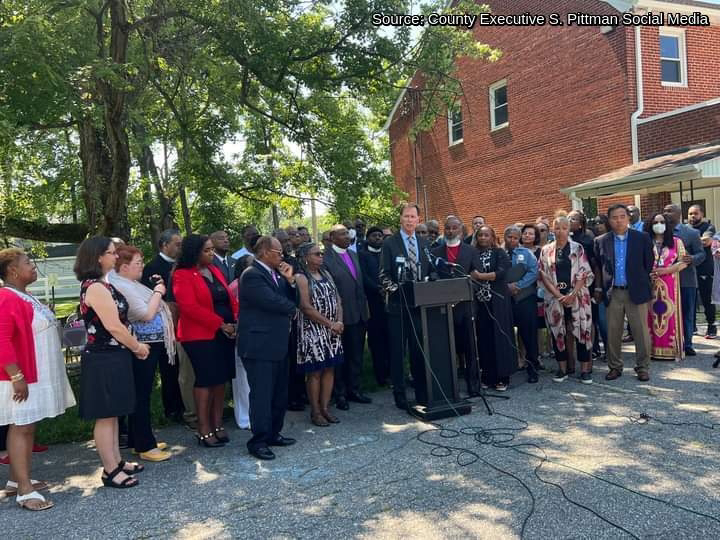 Dozens of community leaders, including elected officials and members of law enforcement, gathered Tuesday morning for a press conference in support of the members of Kingdom Celebration Center after racist graffiti was recently left on the church's doors.
“This is an attack on the psyche, morale and momentum of a church that is about doing good toward all people," Senior Pastor Antonio Palmer said during the press conference. "I woke up more determined to fight against evil with good."
The Anne Arundel County Police Department said on July 11, 2022, at approximately 9:30 a.m, officers were called to the church, located in the 900 block of Annapolis Road, Gambrills. "Upon arrival, the victims directed officers and supervision to a door which had been vandalized with racially motivated graffiti," a press release stated. "The graffiti appeared to be written in pen/marker on the outside of the door. There was also newspapers/litter scattered around the property."
Longtime civil rights icon Carl Snowden said every community has a demarcation line that no one is permitted to cross. "When  you attack one of us, you will have all of us to deal with." 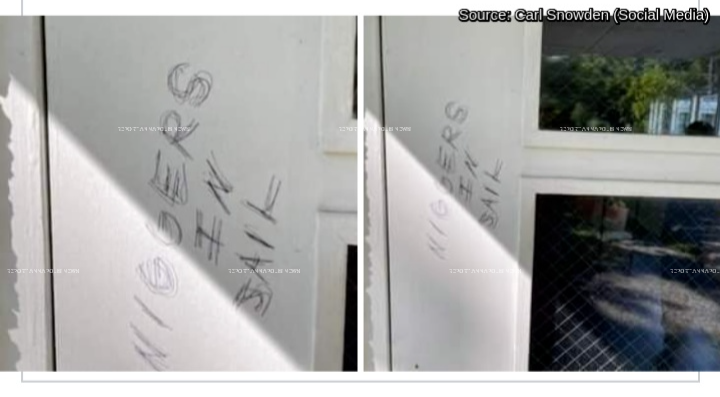 "Our county agencies have worked closely with Kingdom Celebration Center during the pandemic to distribute food, provide childcare, and serve our residents," County Executive Pittman wrote in a statement. "Please rally behind this church, its leaders, and its members as they process the trauma of an ignorant expression of hate scrawled on their church door."
Anyone with any information is asked to call 410-222-6155 or the TipLine at 410-222-4700.