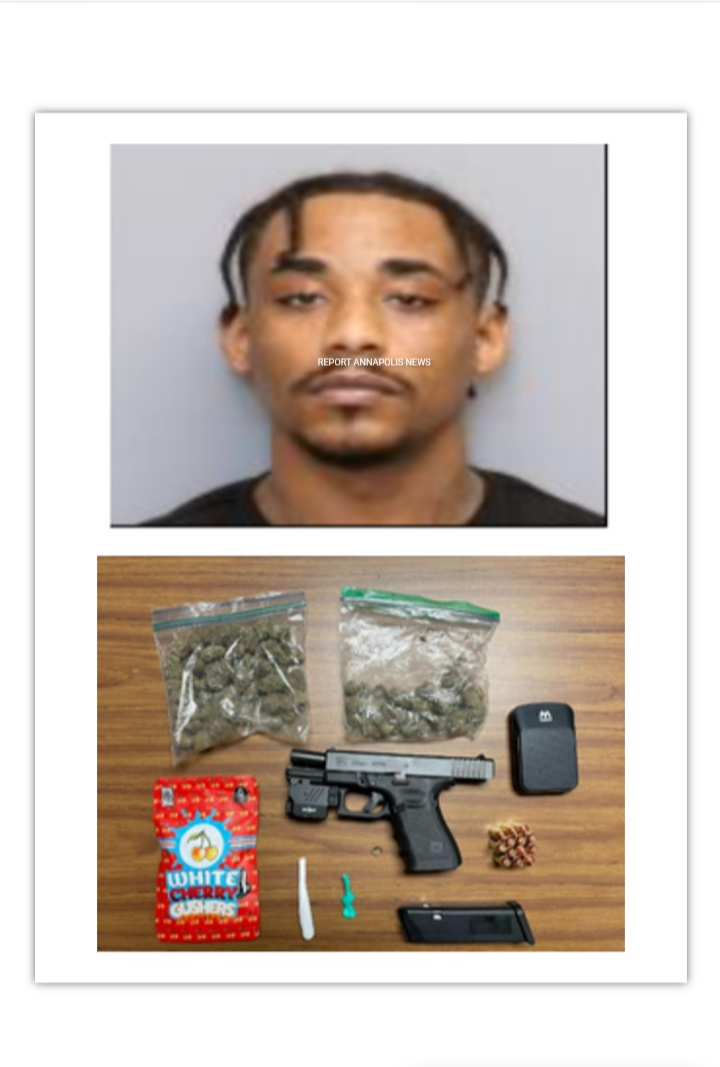 The Anne Arundel County Police Department conducted a traffic stop in Severn and subsequently arrested one man on charges related to gun and heroin-fentanyl possession.
On January 19, 2022, at approximately 7:15 p.m., an officer conducted a traffic stop of a black Chevrolet Camaro on Ridge Road near Twisted Oak Place. During the stop, probable cause to search the vehicle was developed resulting in the seizure of 57 grams of suspected marijuana, two tablets of suspected heroin/fentanyl, and a loaded .40 caliber Glock handgun.
The driver was arrested, charged and identified as:
Harold Steven Jackson
28-year-old
Washington, DC