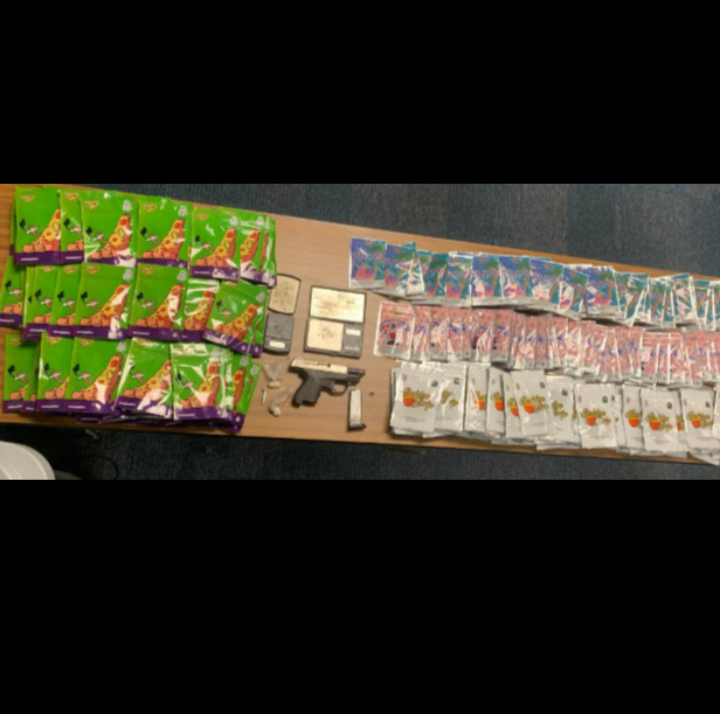 Several pounds of marijuana and heroin were allegedly seized from a wanted man on the grounds of a Motel 6 in Odenton.
On January 6, 2022, at approximately 11:00 a.m., officers observed the known wanted male in the parking lot of the Motel 6 located at 1630 Annapolis Road. The officers approached the male as he got into his vehicle, a gray Honda Accord, and placed him into custody.
According to police department officials, the male was found to be in possession of 238 pre-packaged bags of suspected marijuana (approximately three pounds including packaging), approximately three grams of suspected heroin, and an unloaded unidentified handgun with the make, model, and serial number obliterated.
He was charged accordingly and identified as:
Ceasar Alfred Charles Burke
22-year-old
Columbia, Maryland