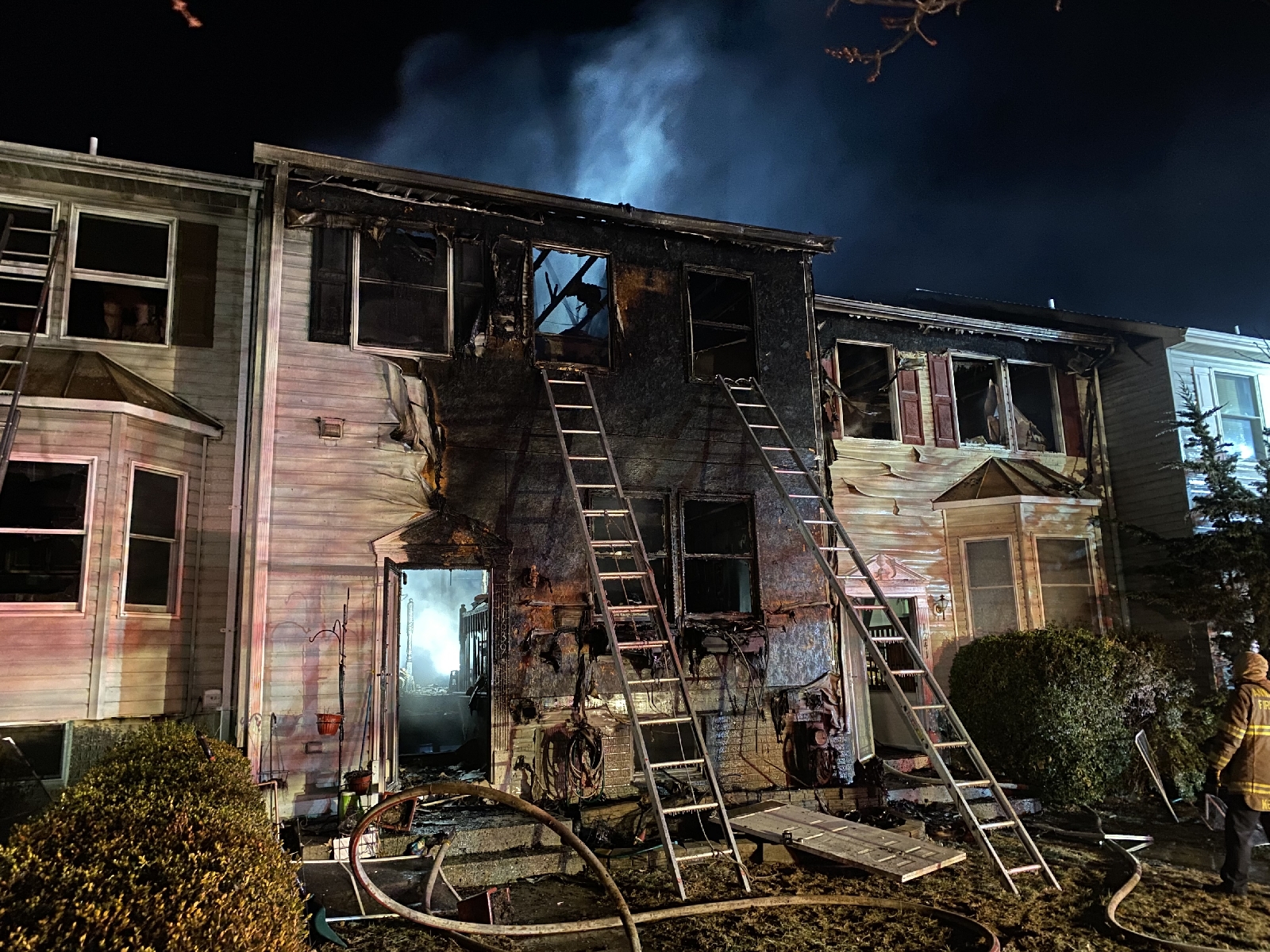 Seven people have been displaced and a first responder was injured as the result of a major fire which damaged four townhouses in Annapolis.
On January 26, 2022, at 1:33am, fire department personnel responded to the 1600 block of Elkwood Court and found one townhouse to be fully involved with the bulk of the fire coming from the rear. A second alarm was requested and operations quickly became defensive for the origin home. The fire spread to the immediate exposures causing a total loss for three of the dwellings and a partial loss of a fourth. A total of five adults and two children were displaced as a result of the fire.
According to department officials, a firefighter was transported to a local hospital for unspecified injuries, and one dog was killed in the blaze. 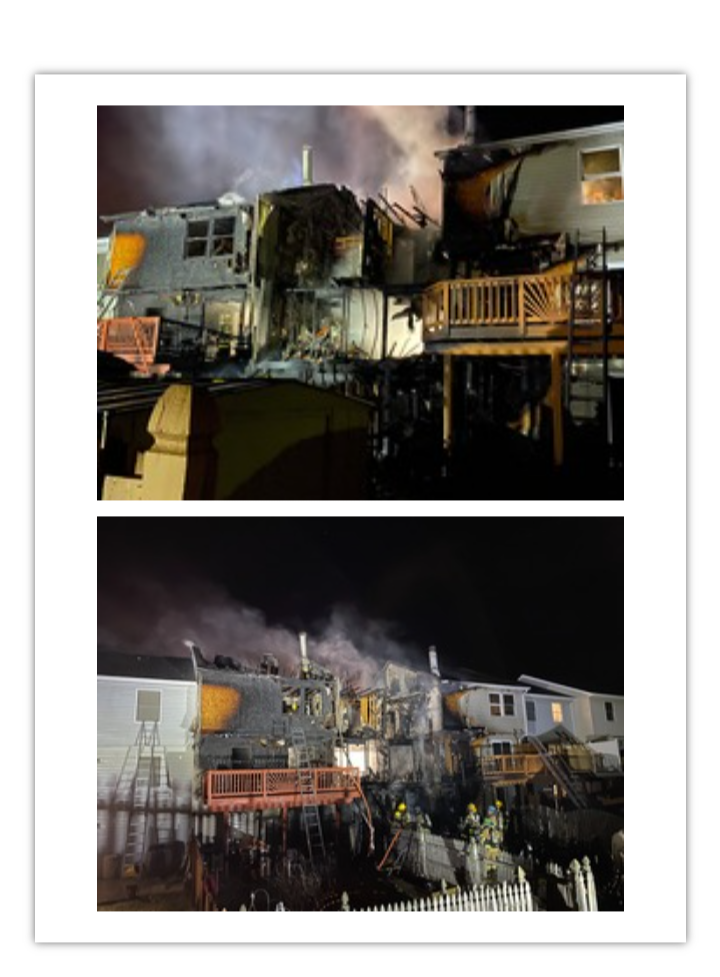