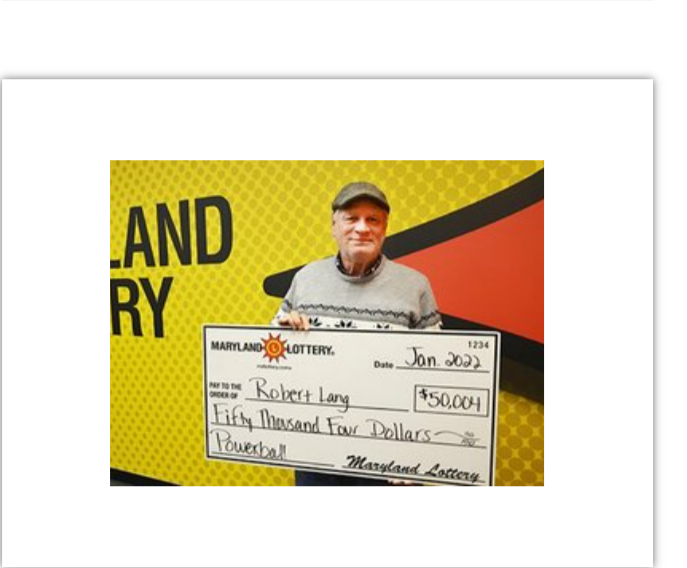 An Annapolis man has lucked up with more than $50K in lottery winnings from a ticket purchased at the 7-Eleven Store on Forest Drive.
Robert Lang, 70, bought 10 quick-pick numbers for $20 at 7-Eleven #23705, located at 1527 Forest Drive in Annapolis, and tucked the two tickets away until after the drawing.
When he claimed his $50,004 prize on January 4, Robert told Lottery officials he knew exactly how he is spending the windfall. “It’s all going to my daughter’s wedding,” he said. He was just one number short of securing the actual multi-million dollar powerball jacket, which is now set to over $600 million.
An infrequent Lottery player, Robert reports having “stupid luck.” He recently won $800 on a casual trip to Ocean Downs Casino, and $1,800 on a vacation trip to Greece. Two other recent prizes involve an excursion to Bermuda.
Asked whether his recent spate of good luck will change how often he plays Lottery tickets, Robert patted his pocket and said, “I’ve already got my tickets for the next drawing.”