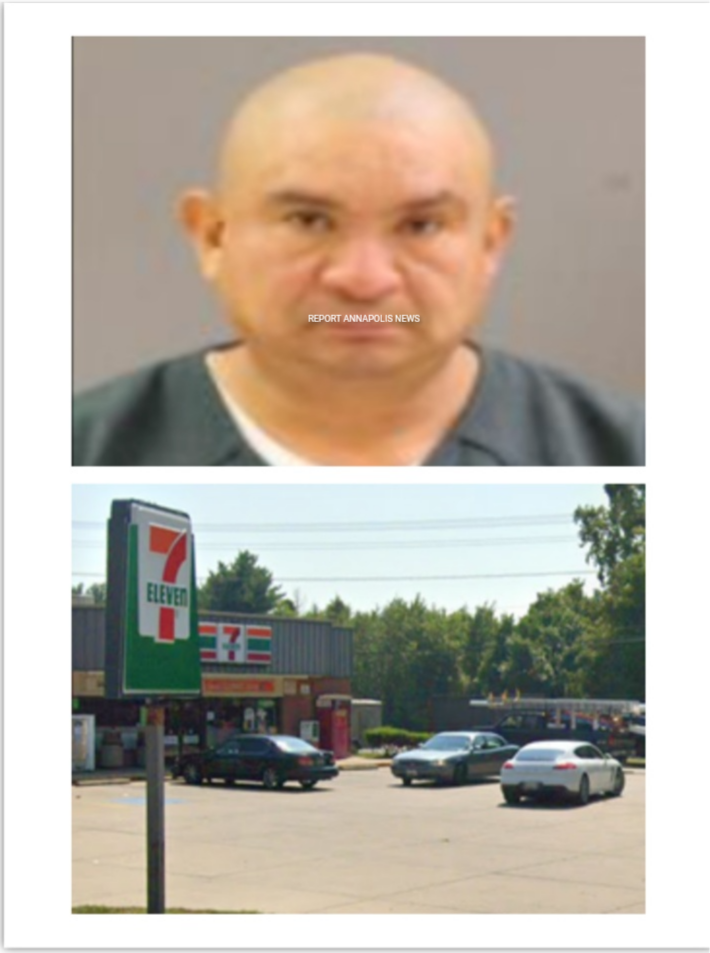 A local man has been arrested in connection with the armed robbery of the 7-Eleven Store on Forest Drive, according to the Annapolis Police Department.
On January 10 at approximately 12:45am, officers were conducting business checks in the 1600 block of Forest Drive when a male subject was was observed running away from the business holding a large knife. Police were simultaneously alerted by an employee of the establishment that the fleeing male subject had just robbed him.
Two officers gave chase and were able to safely apprehend the armed subject, who was identified as 53 year old Cecilio Amaya Benitez. Benitez was criminally charged with robbery and other related charges.