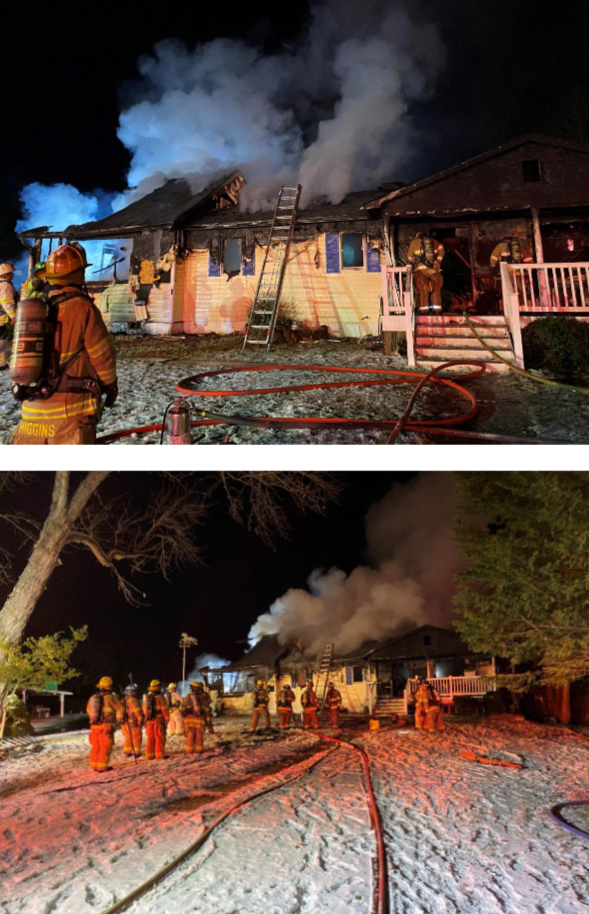 An accidental fire reportedly caused by a wood stove resulted in major damage to a home in Glen Burnie.
Shortly before 3am on January 30, 2022, fire units arrived to the home located on Nabbs Creek Road to find a 1½ story dwelling well involved with fire. Due to the amount of fire, crews started extinguishing the fire from the exterior before moving to the interior. The only occupants of the home were two adults, they were alerted to the fire by activated smoke detectors and both made it out of the home uninjured.
The fire caused an estimated $600,000 in damage to the home, according to fire officials.