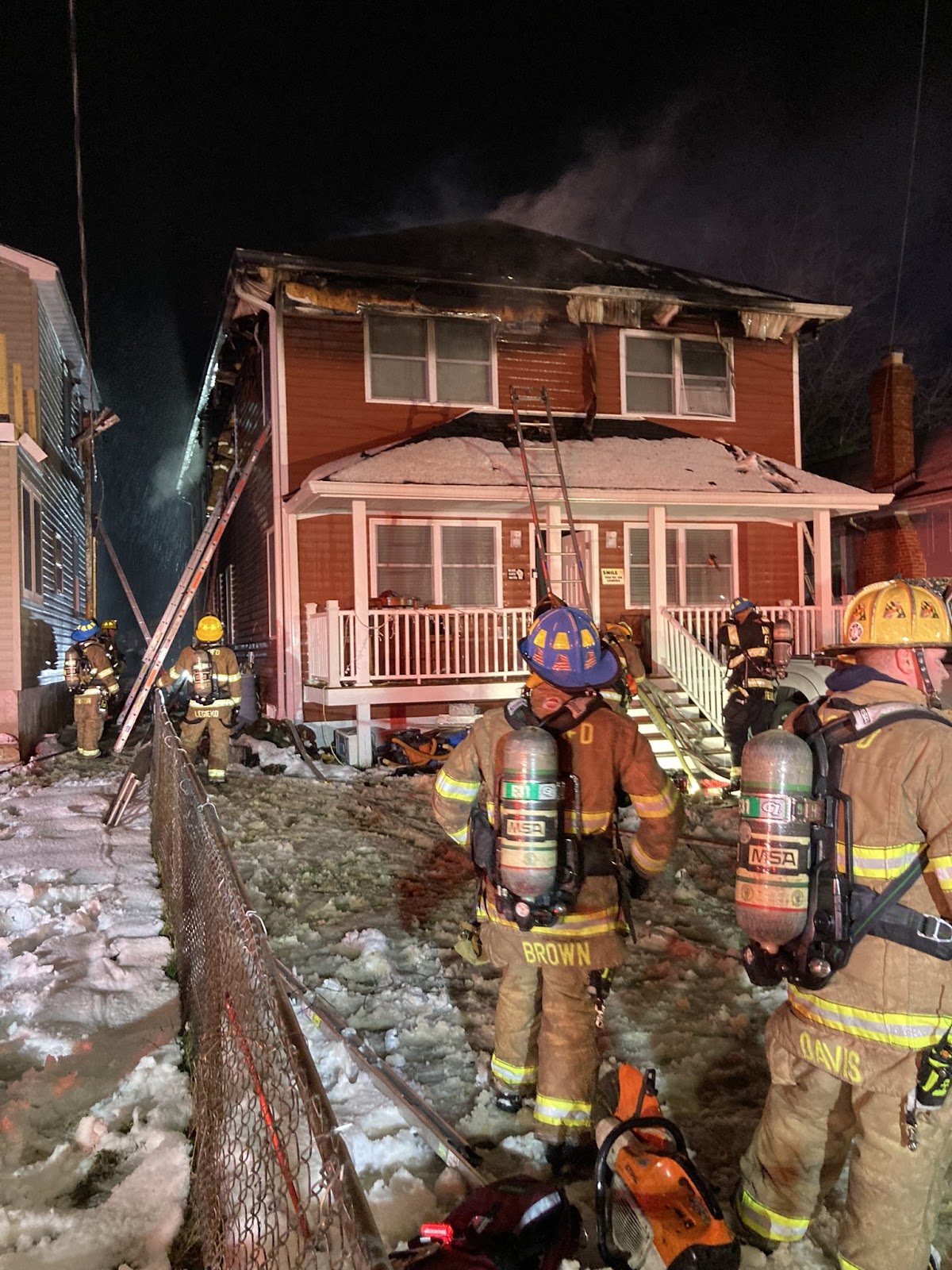 A large family has been displaced following a fire which caused damage to a home on Bunche Street in Annapolis.
Just before 7pm on January 5, units responded to 6 Bunche Street for a reported residential fire.  After more than one hour, the blaze was placed under control.  Officials say 5 adults, 4 children and 1 dog were displaced and are being helped by the Red Cross.
Details regarding the fire, including cause and estimated loss amount, were not immediately available.