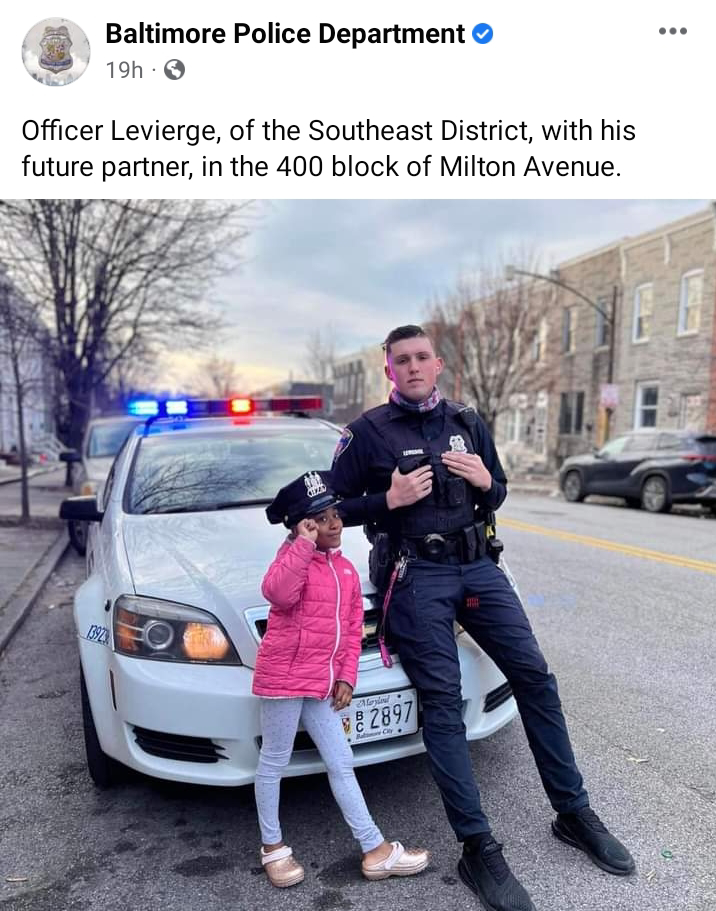 The Baltimore Police officer at the center of a viral photo has a connection to Anne Arundel County.
Officer Anthony E. Levierge, 27, has been a member of the Baltimore City Police Department since June 2016.  He was recently shown in a picture posted to the department's Facebook page with the caption, "Officer Levierge, of the Southeast District, with his future partner, in the 400 block of Milton Avenue."  That picture has been shared more than 300 times and has over 5,000 likes.
In a statement to Report Annapolis News, Baltimore Police spokesperson Donny Moses said the story behind the photo is simply community policing at its best.  "This is nothing new for Officer Levierge, as he is often seen putting smiles on the faces of children and adults who live on his beat," Detective Moses said.  "He is a great hearted police officer committed to affecting positive change within the neighborhood he serves."
Prior to moving to Anne Arundel County, Officer Levierge lived in the Boston area, where he is from originally.  He joined the Baltimore Police Department after serving in the U.S. Marine Corps. 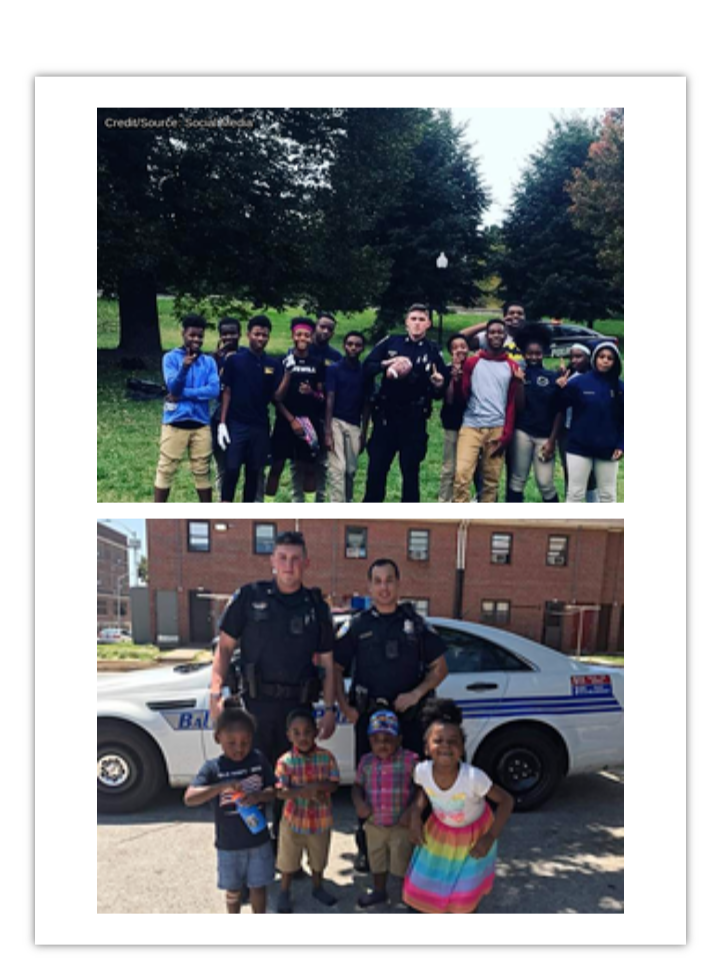