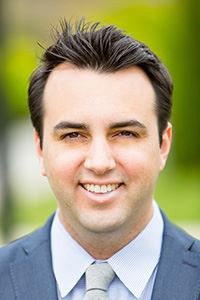 Ward Five Alderman Marc Rodriguez, the first Hispanic-American ever elected to the Annapolis City Council, submitted his resignation to Mayor Gavin Buckley and the Annapolis City Clerk on Friday, August 28, 2020, city officials announced today.
Rodriguez is relocating to the West Coast to take a job as an Assistant City Attorney for the City of Portland (Oregon).
“I’m sad to see Marc go,” said Mayor Gavin Buckley. “He has been a tremendous asset to the council and to the residents of our City. As the first Hispanic Alderman in Annapolis, he will always have his place in history. On a personal note, I thank him for his service and friendship and will greatly miss his leadership.”
Because the resignation has taken place with less than 15 months remaining until the next General Election, the Annapolis Democratic Central Committee will name the replacement per the Annapolis City Code (Article II, Section 7).
Next steps:
The Mayor will give written notice of the vacancy within five business days to the Annapolis Democratic Central Committee.
Not more than five business days after the notification, the Central Committee must post an announcement of a public hearing to take place, not less than 10 nor more than 15, business days from the date of the announcement.
Qualified candidates seeking the job will then submit written notice to the Central Committee, no later than five days before the scheduled hearing.
Qualified candidates must be a registered voter in the City for at least a year and have lived in Ward 5 for at least six months.
Before the public hearing, the Central Committee will announce qualified candidates.
Candidates not announced beforehand may qualify for consideration at the hearing by presenting a petition signed by at least 50 Democratic voters who are residents of Ward 5.
At the hearing, each candidate will address the Central Committee.
The Committee shall select one candidate and notify the Mayor of the choice in writing not more than three business days after the hearing.
At the next regularly scheduled meeting of the City Council, the Mayor shall swear in the selected candidate.
For information on applying for the Ward 5 Annapolis City Council seat, see: www.annapolisdems.org.