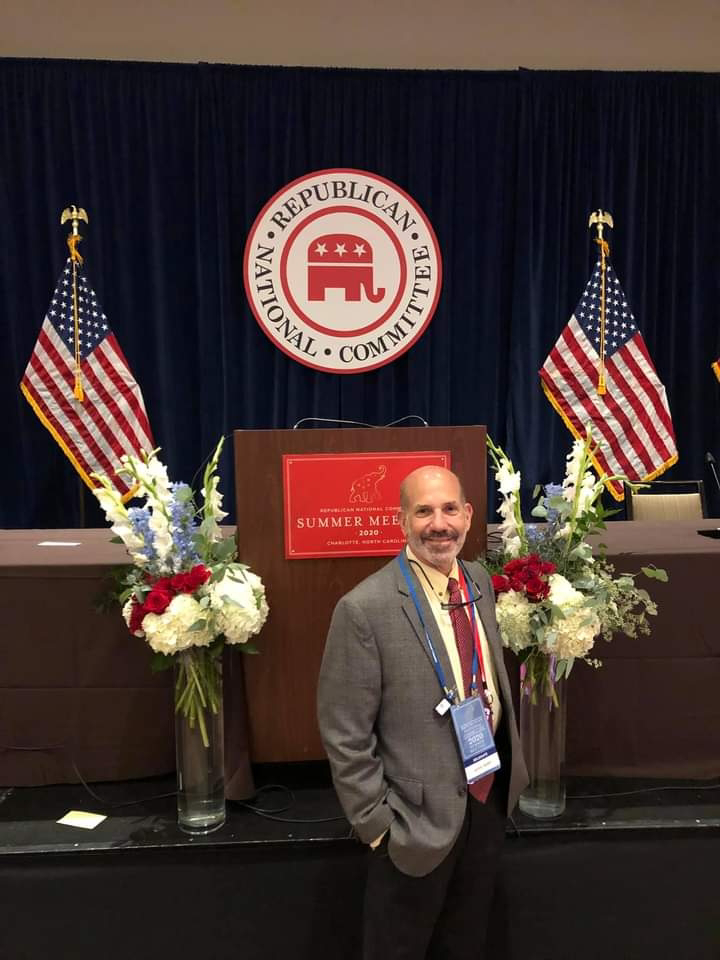 The Republican National Convention was held last week, virtually, with a small group of delegates who met in Charlotte, North Carolina to formally nominate President Donald Trump for reelection.
I was selected to represent our great State as a Delegate because I am a strong supporter of President Trump.
Here are a few reasons why I support our President:
Donald Trump was tired of career politicians doing the same thing over and over and expecting different results, as he watched the country slouch into mediocrity.  He felt we could do better and promised to work hard to turn things around.
In 2016 the American people said, “Enough!” and elected Donald Trump.
Obama-era regulations that did not comply with the Administrative Procedures Act have been overturned and Executive Orders were cancelled, lifting both burden and uncertainty from businesses.
Trump’s tax reform turned around the economy and it roared back to life.  The unemployment rate dropped to an historic low of 3%.  Black and Hispanic unemployment dropped to their lowest levels since the government began keeping track.  People who had given up looking for work in the Obama Administration got off the couch and back into the labor force.  The lower unemployment meant businesses had to compete for labor, which saw the greatest rise in working-class wages in 50 years.
Donald Trump told NATO countries that he actually expected them meet their treaty obligations.  He held China’s feet to the fire on trade.  He is playing hardball to get trading partners to lower unfair tariffs on U.S. goods, which is good for American workers.
He has been a boon to the energy sector.  Natural gas has replaced coal and oil for generating electricity, which has lowered carbon emissions to levels not seen in nearly 30 years.  At the same time, it has helped create millions of high-paying jobs in economically depressed areas like Western Pennsylvania and Eastern Ohio.
President Trump has kept his word on getting American troops out of Afghanistan and Syria.
The previous administration did America no favors.
Joe Biden toured America in what he called the “Summer of Recovery,” while the economy definitely was not recovering.  As the economy limped along, the employment participation rate fell as people stopped looking for work and went on the dole.
President Obama bypassed Congress and ruled with his “phone and a pen.”  He called treaties “executive agreements” to avoid Senate ratification.  He made recess appointments when Congress was not in recess.
International affairs were no better under the Obama Administration.  Libya and Syria were disasters as was his preemptive withdrawal of troops from Iraq.
China continued to steal intellectual property from U.S. companies, manipulate its currency, build artificial islands in international waters and put military bases on them, while Chinese intelligence services hacked the Office of Personnel Management’s database, stealing all the personal information of every U.S. government employee.
Democrats and pundits warned America that if Trump was elected that ‘Democratic norms’ were in danger. And they were right, but not in the way they have implied.
The Democrats are talking openly about nullifying the electoral college, expanding and packing the Supreme Court, adding the District of Columbia and Puerto Rico as states in order to pack four more Democrats into the Senate.
They have called rioters and looters “mostly peaceful protesters” and tried to blame Trump for violence in Democrat-dominated cities.
There is irony in the Left’s reaction to Donald Trump.  He drives them crazy because he does not genuflect to them.  In fact, he looks down at them in the same way they have looked down on Republicans for decades. Democrats sneered at fellow Americans they refer to as “living in flyover country,” “low-information voters,” “a basket of deplorables,” and “people who cling to guns, religion, and antipathy toward others who are not like them.”  Apparently they do not like being treated the way they have treated the rest of the country.