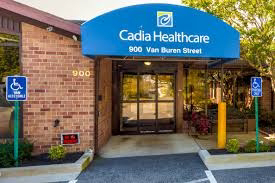 An audit of documents obtained by Report Annapolis from the State Office of Health Care Quality revealed significant findings, including two sexual assaults, physical abuse and unsafe conditions at Cadia Healthcare, a 97-bed facility located off of Bay Ridge Avenue in Annapolis.
In a report dated January 10, 2019, state investigators said the facility failed to report the sexual assault of a resident by another resident for more than two weeks. A statement written by a facility staff person says on November 25, 2018, the accused resident was witnessed fully clothed, lying behind the alleged victim, who was unclothed. The accused resident reportedly left the area after noticing the staff person had entered the area and witnessed the incident, according to documents related to the investigation.
The alleged incident was not reported until December 10, 2018, 15 days after it occured.
Medical records indicated the  victim was certified as being unable to comprehend information and make decisions, and was unable to remember the incident.
The accused resident was identified as Richard Ernest Spur, 70. 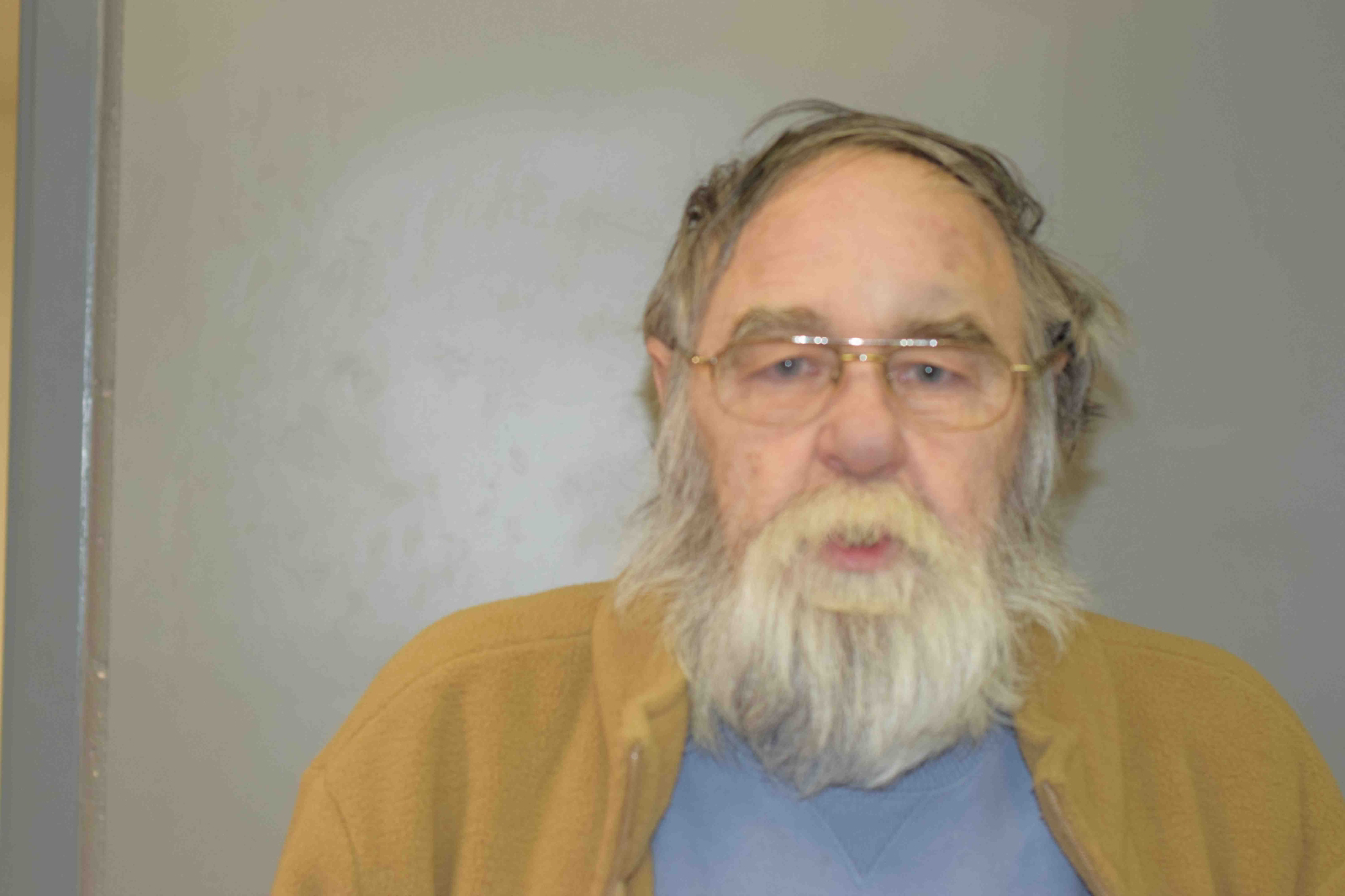 He was arrested on December 11, 2018, and charged with 4th degree sex offense and second degree assault.
Spur was subsequently charged with the sexual assault of a second resident at the facility on December 6, 2018.  This incident was reported on December 9, 2018, according to court documents: 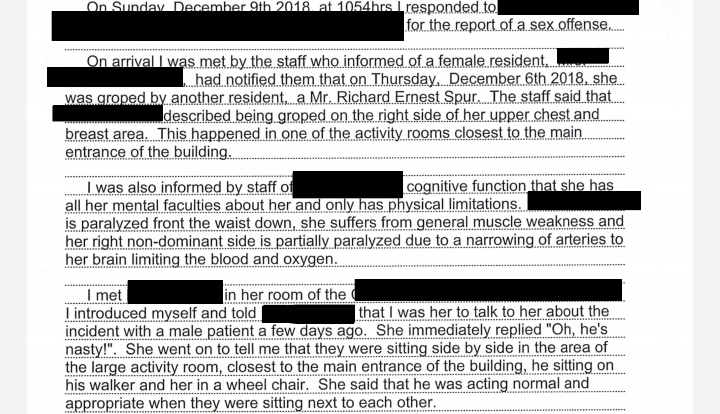 Earlier this month, Spur was ruled incompetent to stand trial and charges were dropped in both cases, according to Tia Lewis, a spokesperson for the Anne Arundel County State's Attorney's Office. "Mr. Spur is not likely to ever be found competent to proceed, therefore charges are no longer pending against Mr. Spur," Lewis said.  "He is expected to remain at the psychiatric facility for an indefinite period of time."
Report Annapolis was not able to confirm whether or not the facility reported the second sexual assault incident to OHCQ.
On May 4, 2018, the facility failed to protect a resident with Alzheimer's disease from abuse when a facility nursing assistant was observed arguing and subsequently slapping the resident in the face, state documents say.
According to the report, the resident's roommate heard the altercation and saw the nursing assistant hit the resident.
Police had been notified, however information pertaining to the investigation was not available, as the case has since been expunged from court and law enforecement records, says Sgt Amy Miguez, an Annapolis Police Spokesperson.  The nursing assistant, who no longer works at the facility, was not identified in the investigative file.
Report Annapolis was not able to confirm whether or not the facility reported the incident to the board of nursing.
Based on an administrative record review and interviews conducted by a State Investigator on July 27, 2018, the facility failed to complete a thorough investigation into a report of verbal abuse made by a resident against a staff nurse.
Documents kept by the facility regarding their investigation said the nurse who the resident claimed to be the alleged abuser was not assigned to that resident on the night of the reported incident.  The report of verbal abuse made by the resident was subsequently deemed unsubstantiated by a facility administrator.  According to the report, no other residents were interviewed.  It is unclear if the staff person actually accused by the alleged abused resident was ever identified or interviewed by the facility.
Additionally, the Office of Health Care Quality determined Cadia Healthcare had fallen short of state safety standards by not ensuring a resident's bed was installed properly.  The bed frame was misaligned causing the mattress to extend off both sides of the bed. Further observation revealed that the side rails were loose and a bolt on the bed frame that supported the upper portion of the bed was unsecured. The condition of the bed had reportedly been brought to the attention of facility staff several times in the past.
Based on an observation and staff interview, it was determined that the facility failed to follow infection control practices and guidelines while  performing duties and caring for residents.
The investigator's report provided details about observing staff failing to use new gloves and failing to properly sanitize equipment while going between residents.  In the report,  the facility was cited for failing to maintain a sanitary and comfortable environment, specifically stating that one of the shower rooms had a 'musty odor,' for an example.
Report Annapolis reached out to a spokesperson for The Onix Group,  the facility's  parent company which is headquartered in Kennet Square Pennsylvania. The spokesperson released the following statement on behalf of the company:
"In February 2018, Cadia Healthcare took over the operation of the former NMS nursing facility located on Van Buren Street in Annapolis.  Since that time,  Cadia has been implementing new programs and quality care assurance initiatives to improve the services offered. Patient safety and the quality of care we provide are our highest priority and we are proud of the progress and the positive direction we are going."