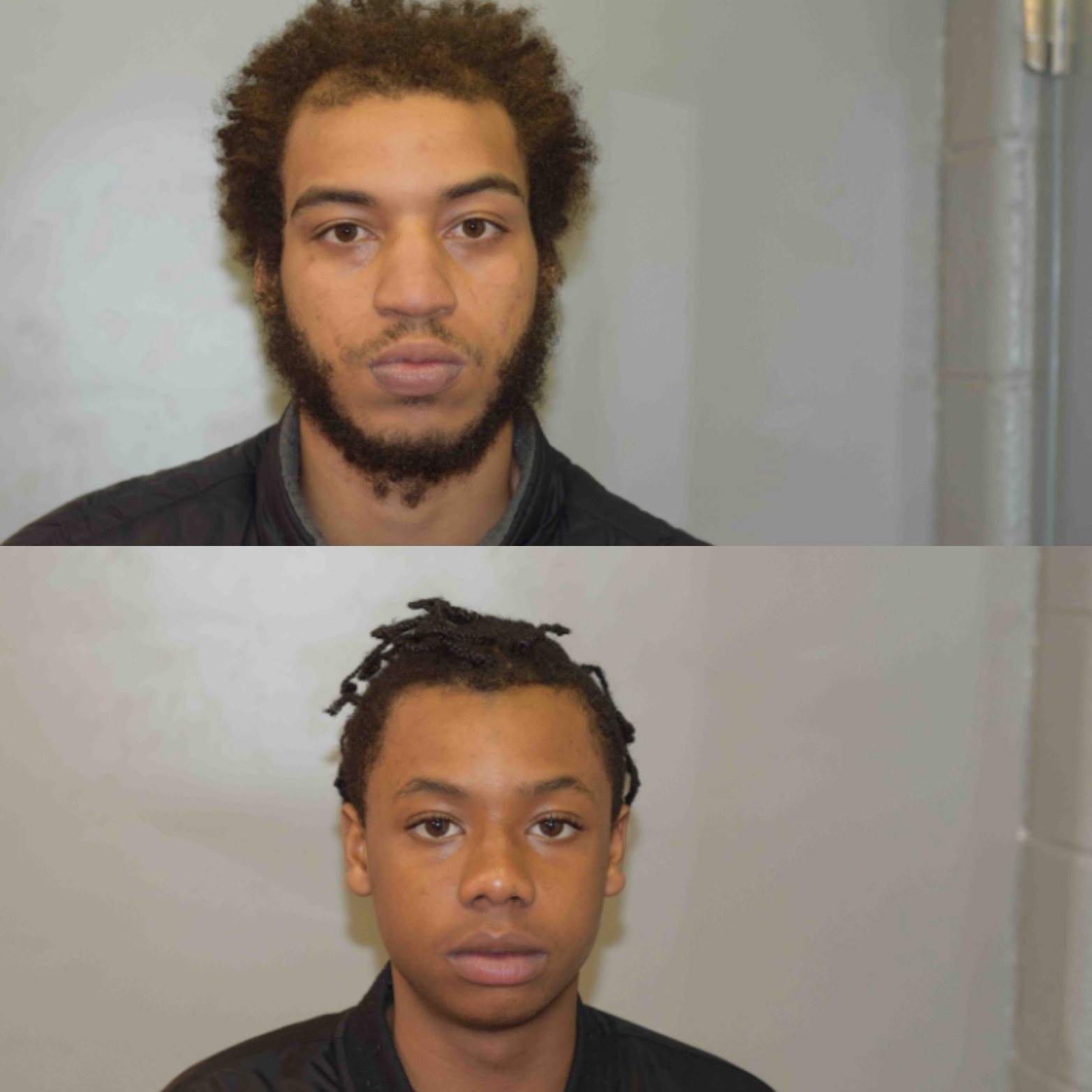 Annapolis Police have arrested and charged two people in connection with a recent armed robbery at an area apartment complex.
On Wednesday, March 18 at 7pm, an adult male victim reported that he was in the hallway of an apartment building on Bens Drive when he was approached by two male suspects each holding a handgun.
The suspects pointed the guns at the victim, demanded money and stole money from the victim.
Officers discovered that at least one of the suspects went into an apartment. Officers arrived and attempted to make contact with the occupants of the apartment and eventually one of the suspects exited the apartment and was arrested.
The other suspect was also located in the apartment and arrested. Alkein Coates (top picture), 22, and Jamari Smith (bottom picture), 16, both of Annapolis were charged with armed robbery and seven other related charges.
Coates was temporarily committed to the Jennifer Road Detention Center prior to his hearing before the District Court Commissioner. Smith is being held at the Jennifer Road Detention Center without bond.