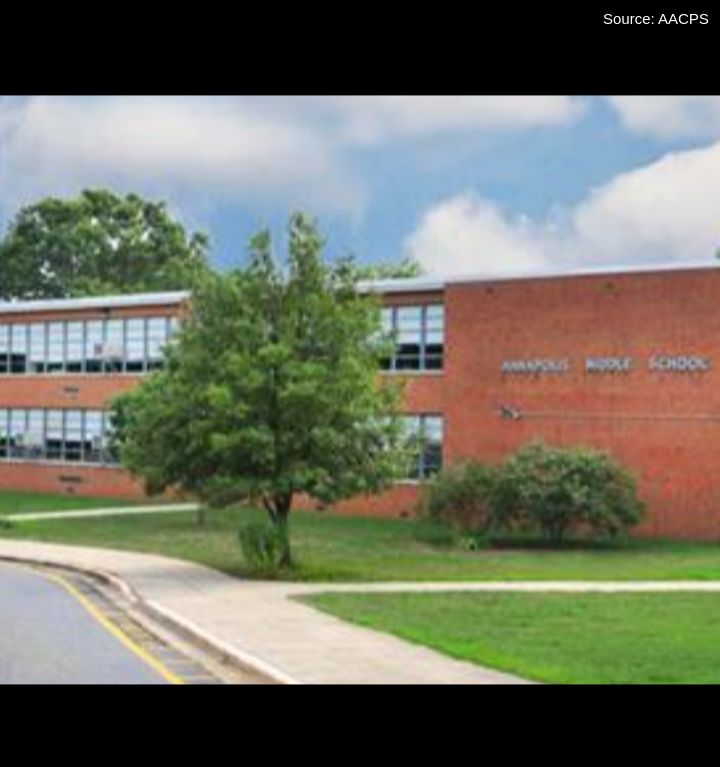 Officials at Annapolis Middle School quickly investigated a report of a student possibly being on school grounds with a gun today.
In a letter to families, Principal Casey Hunt said  as students were arriving this morning, the administration responded to a report that a student was potentially in possession of a gun. "The  accused student was quickly located, their belongings were searched, and an unloaded Airsoft BB gun was found," the letter said.  "Witnesses shared that the involved student did not make any direct threats towards anyone or anything and did not display the gun while in school."
According to the letter, school administrators were able to quickly isolate the involved student, gather witnesses, and confiscate the Airsoft BB gun; therefore, preventing any further threat in the building or need for a lockdown.
"We have conferred with police and there is no perceived threat to our building with regard to this incident. However, for obvious reasons, we take this situation very seriously," the letter states.
The unidentified 14-year old student was also found with a "civil amount of marijuana in his backpack," the Anne Arundel County Police Department said in a statement.  "The student was charged accordingly." 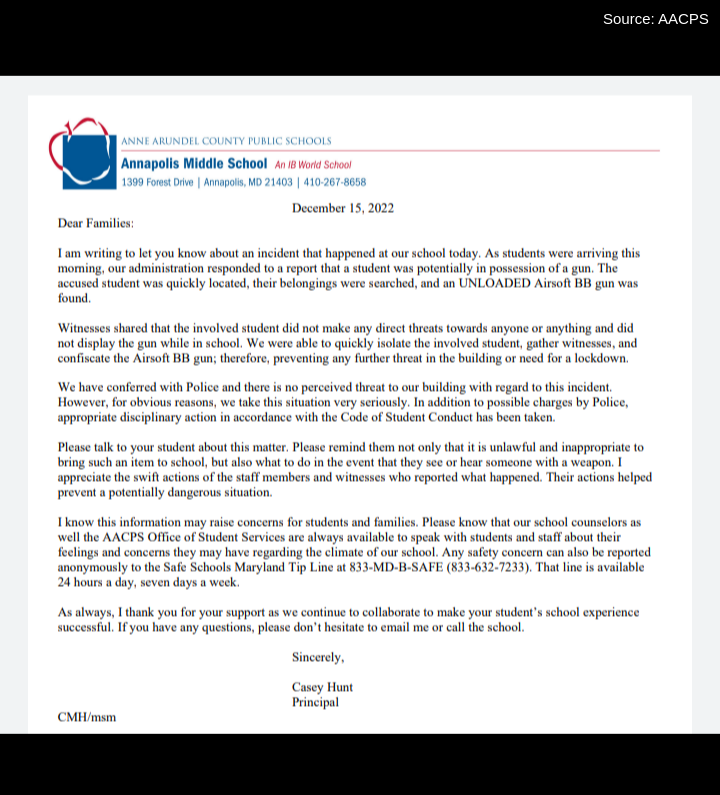