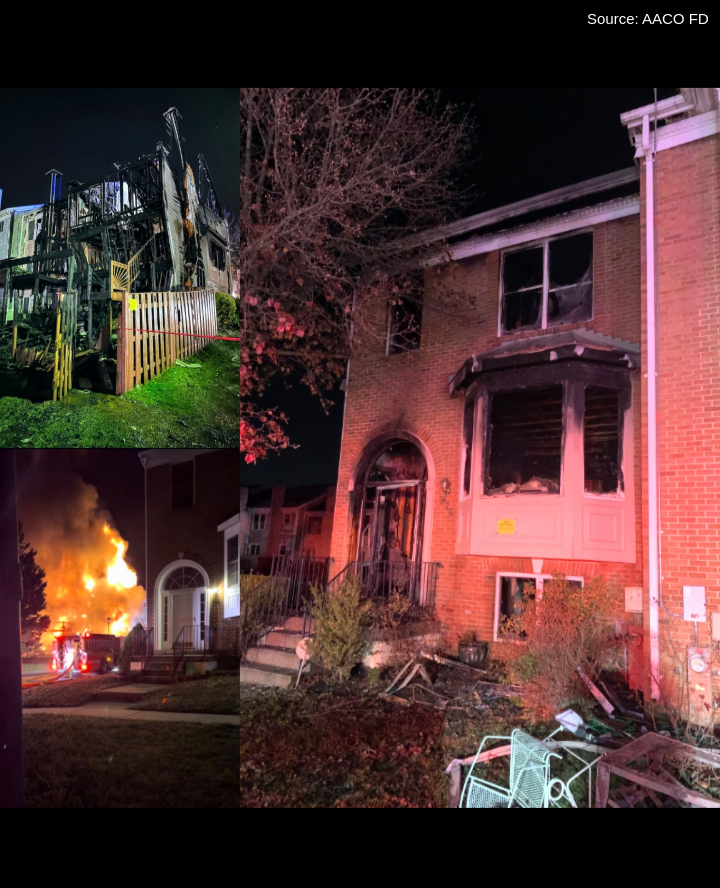 A two-alarm fire in Odenton yesterday damaged multiple homes and caused a 67 year old woman to suffer critical injuries.
In a statement, the Anne Arundel County Fire Department said on December 1, at 2:26am., the 911 center received several calls advising there was a fire in the 200 block of St. Michaels Circle. Once on location, fire crews observed an end of the row townhome heavily involved in fire. Residents of the townhome were in the front entryway with an unconscious female, fire crews assisted the residents with the rescue of the female," the statement said. "Paramedics on the scene quickly treated the victim and transported her to Bayview Hospital with critical injuries. A second alarm was dispatched. Fire had extended into the attached townhome causing extensive damage to the adjoining townhome."
A total of three units were reportedly damaged, and residents had to be displaced. Heavy winds at the time of the fire were a factor in the spread. However, firefighters were able to get control of the fire in under an hour. No other injuries were reported.
The cause of the fire is under Investigation by AACoFD, Fire Investigation Unit. County building inspectors are assessing the townhome for extensive structural damage, and the area around the home is cordoned off for safety.