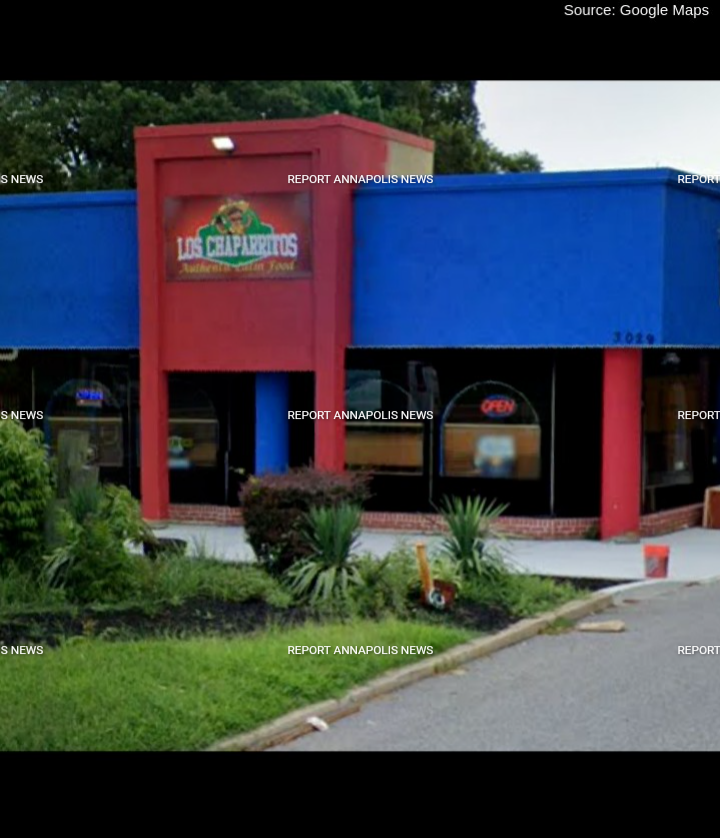 A 19 year old suspect has been charged following a fatal shooting that occured outside of the Los Chaparritos Restaurant in Edgewater last night.
In a statement, the Anne Arundel County Police Department said on December 3, 2022, just after midnight, officers responded for a report of a shooting that had just occurred at Los Chaparritos. "Upon arrival, officers located the victim, identified as 26-year-old Luis Santiago of Annapolis. Mr. Santiago appeared to be suffering from a single gunshot wound," the press release states. "Officers rendered medical aid to the victim until emergency medical personnel arrived and transported him to an area hospital, where he succumbed to his injuries."
While conducting preliminary interviews with numerous witnesses, officers reportedly learned of a potential suspect referred to as "Alex." Officers were able to locate and interview Alexander Salinas, of Annapolis, and as a result of that interview, in addition to corroborating evidence at the scene, he was arrested and charged accordingly, the police department said.
Possible motive and other information was not immediately available.
***Any suspects/arrested/charged individuals and persons of interest named in the articles are innocent until proven guilty in a court of law.***