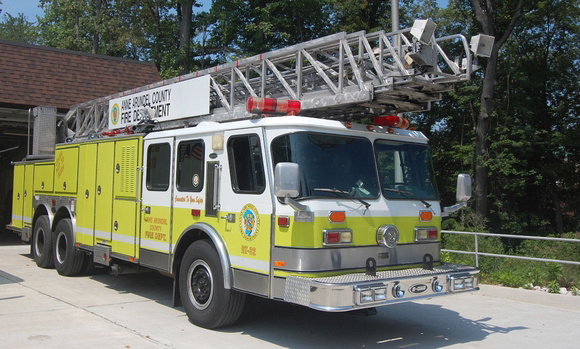 Anne Arundel County Fire Officials today announced the details of a Whispering Woods home kitchen fire which claimed the life of a 69 year old woman.
On Saturday afternoon, firefighters responded to multiple 911 calls from neighbors reporting a house on fire with an occupant trapped in the 1400 block of Millwood Court in Whispering Woods. First arriving firefighters reported smoke from the front and rear of the two-story, middle of the group, townhouse. Firefighters immediately made entry and removed the unconscious occupant from a second-floor bedroom and turned care over to waiting paramedics. Additional firefighters entered and extinguished a fire in the kitchen area, containing it to that area of the home and without damage to the adjoining properties.
The accidental fire originated on the stovetop and extended to the cabinets. The probable cause is unattended cooking.
Paramedics transported the occupant removed from the fire to an area hospital in critical condition, where she later died of her injuries. The occupant is identified as Kathleen Cecilia Jepson, the 69-year-old owner of the home. She is the county’s second fire fatality of 2020.