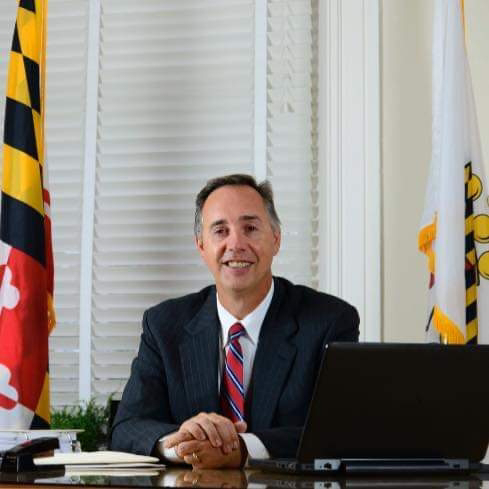 Over the past week, Wes Adams has announced several important endorsements for his candidacy to become elected as Circuit Court Judge in Anne Arundel County. These endorsements highlight his growing support from a diverse group of elected and community leaders as the primary election date approaches on Tuesday, June 2, 2020.
Del. Nic Kipke, the Republican leader in the Maryland House of Delegates, publicly declared his support in early May. “Everything I know about Wes tells me that he’ll be a fair and tough, yet compassionate judge just as he did in his role as the chief prosecutor of our county.” He characterizes Adams as a caring father and family man who has a proven track record as an excellent prosecutor and “genuinely cares about justice, helping people, and keeping our community safe.”
Del. Brian Chisholm, R-Pasadena, echoed similar sentiments in endorsing Wes Adams for Judge. In his endorsement he stated that Wes is “someone he has known for many years and I respect his work ethic and character 100%”, while confirming he will cast his ballot for Adams in the upcoming election for judges.
Bishop Eric Wright, Sr., a respected voice in the faith-based community, recently announced his public support for Wes Adams describing him as a “man of integrity” who is committed, consistent and courageous in being a champion for people in the community. He says Wes is someone who will “stand on the side of right” and “seek justice in a fair and non-biased way” if he is elected to the bench.
On May 22, AFSCME Local 2563, which represents 300 local government employees in Anne Arundel County, endorsed Wes Adams, stating that he is “exactly the kind of independent leader we need on the Circuit Court.” Timothy Kingston, President, reiterated what many voters in Anne Arundel want in their judge – someone they know and trust.
“I appreciate the support of this diverse group of leaders, many of whom I have known both personally and professionally for many years,” said Wes. “It demonstrates the momentum of my campaign headed into the final week as voters mail in their ballots. These endorsements represent our support from people throughout our community who know my experience and trust the leadership I will bring as judge in the Anne Arundel County Circuit Court.”