Office of the Chief Medical Examiner Reveals Cause, Manner of Death Related to Midshipman David Forney 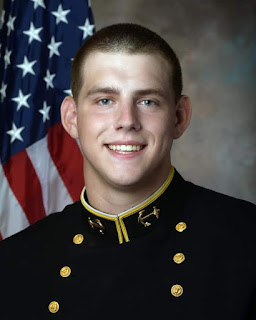 After about 3 months, the autopsy results related to the death of Midshipman David Forney have been revealed.

Forney, who was 22 years old at the time of his death, died of natural causes, according to a spokesperson for the Office of the Chief Medical Examiner.  "The cause of death for Mr. Forney is sudden cardiac death in the setting of multiple cardiac anomalies, and the manner of death is natural," the spokesperson said in a statement to Report Annapolis.

Forney, an offensive guard on the Navy Football team, was discovered unresponsive in his room by a fellow midshipman. A CPR-certified midshipman administered resuscitation efforts at the recommendation of first responders traveling to Bancroft Hall. Emergency services transported Forney to an area hospital where he was pronounced deceased at 11:28 p.m.

Forney was the second midshipman to die suddenly of heart related issues this year. 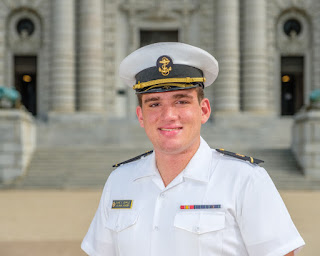 U.S. Naval Academy Midshipman 3rd Class (sophomore) Duke Carrillo, 21, of Flower Mound, Texas, died while taking the semi-annual physical readiness test, Feb. 8.   Carrillo collapsed during the 1.5 mile run portion of the PRT; initial responders provided exhaustive resuscitation efforts. He was rushed to an area hospital where he was pronounced deceased at 12:23 p.m. In March, Carillo was said to have also died of natural causes, with the cause of death being dilated cardiomyopathy.