Elizabeth Morris: I was appointed by Governor Hogan to serve as judge after undergoing a vetting process designed to test an applicant’s personal and professional experiences, knowledge, legal expertise, character, and judicial temperament 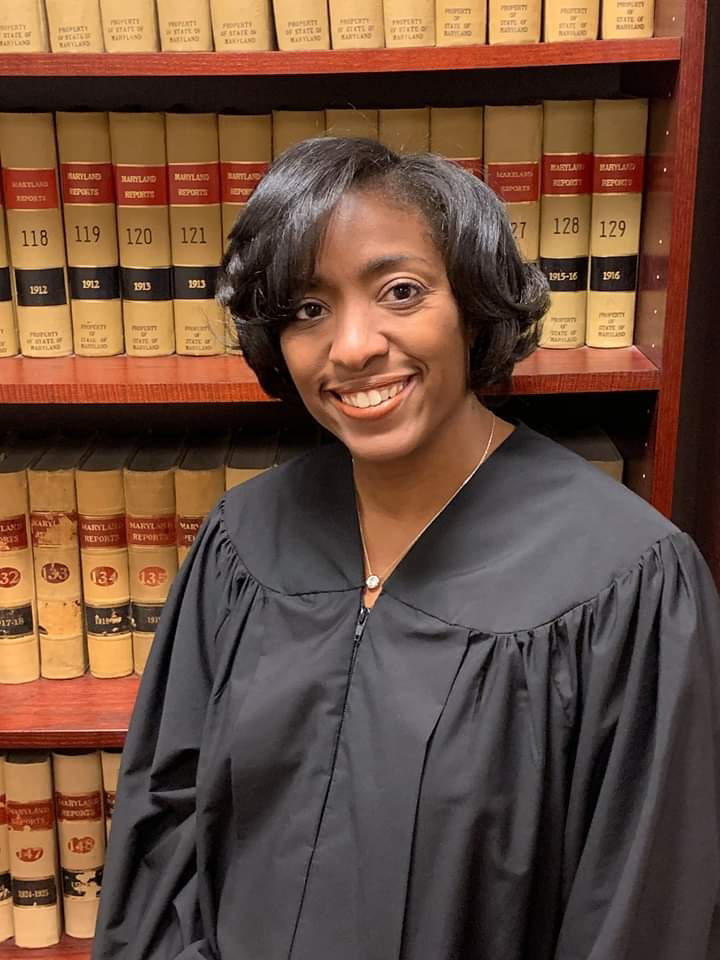 My name is Elizabeth Morris.  I am a judge on the Circuit Court for Anne Arundel County and I am a judicial candidate in the upcoming June 2nd primary election.
I was appointed by Governor Hogan to serve as judge after undergoing a rigorous and thorough vetting process designed to test an applicant’s personal and professional experiences, knowledge, legal expertise, character, and judicial temperament.
As a Circuit Court judge, I have presided over hundreds of cases affecting the citizens of the County including violent crimes, weapons charges, car accidents, property disputes, divorces, and custody cases. These cases have far reaching impacts on the safety, well-being, and futures of our citizens.
After an initial appointment by the Governor, the Maryland Constitution requires appointed judges to run for election to retain their positions.  As such, I would like to take this opportunity to introduce myself and encourage you to vote for me on June 2, 2020.
I am a first generation Jamaican American who was raised by a single mother. My mother instilled in me an unwavering belief that my dream of becoming a lawyer was attainable despite our limited financial resources.  I was only able to achieve my dream because my tight knit family and community propelled me toward my dream with endless encouragement and support.
Because of the support that I have received throughout my life, I have always felt compelled to give back, particularly to younger members of the community. By serving the community, I have gained a deep appreciation of how fortunate I was to have community support during my formative years. I also have come to recognize with every speaking engagement where I shared my background, whether at a group home for girls, a mentoring session with High School Students, or a dating violence program for at-risk teenage girls, I am potentially giving them the gift that was given to me: the unwavering belief that success is attainable and no dream is impossible.
While my dreams are important because they help me reach for things that are seemingly out of reach, they are not enough to achieve success. Hard work, dedication, and respect for others have always been my guiding principles. I have been very fortunate throughout my career to practice law in different practice settings: including at the National Security Agency in the Office of General Counsel, Maryland Office of the Attorney General, in law firms, and for non-profit organizations.  With every new opportunity came a new opportunity to learn and stretch as a legal professional.  With each new position, I learned that professional growth and eventual mastery of the law would only be possible if I studied hard, unabashedly asked questions, and made legal determinations that were firmly rooted in the applicable law. In that respect, my approach as a judge has been no different than my approach as a lawyer.
I was truly humbled by the faith Governor Hogan placed in me when he appointed me to the Circuit Court in the fall of 2018. I also have been overwhelmed by the bipartisan support my colleagues and I have received by elected officials.
I have received bipartisan endorsements from Democratic and Republican elected officials across Anne Arundel County, including Governor Hogan.  It is my intention to honor their faith in me by continuing to remain true to who I am as a person and a professional.