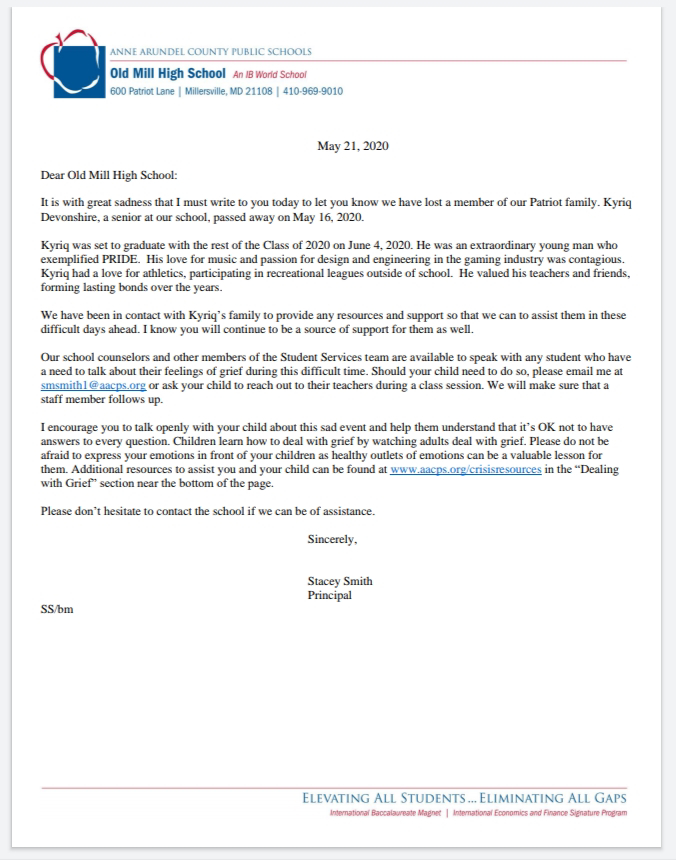 The Old Mill High School Community is mourning the loss of a student who was expected to graduate with the class of 2020 this spring.
On Saturday, May 16, 2020 at approximately 10:09 p.m., the Anne Arundel County Police and Fire Departments responded to the Elvaton Towne Pool located near Adventura Court and Century Town Road, Glen Burnie, Maryland for a shooting. Upon arrival, an adult male shooting victim was located with critical injuries and transported to the University of Maryland Shock Trauma Hospital for treatment. The victim, identified as Kyriq William-Anthony Devinshire, an eighteen-year-old male from the 400 block of Kenilworth Court, Glen Burnie, Maryland, later succumbed from his injuries.
Anne Arundel County Homicide detectives responded to the scene along with the Evidence Collection Unit. Several witnesses were located and interviewed in regards to the shooting.
Investigation revealed a group of individuals were near the pool when they were approached by three masked black males wearing dark clothing. It was at that time gunfire erupted and Mr. Devinshire was fatally wounded.
"Kyric was set to graduate with the rest of the class of 2020 on June 5," Old Mill High School Principal
Stacey Smith said in a letter to families.  "He was an extraordinary young man who exemplified pride."
Resources through the school system's Department of Student Support Services have been made available to any of Devinshire's classmates who would like help with dealing with such a tragic loss. 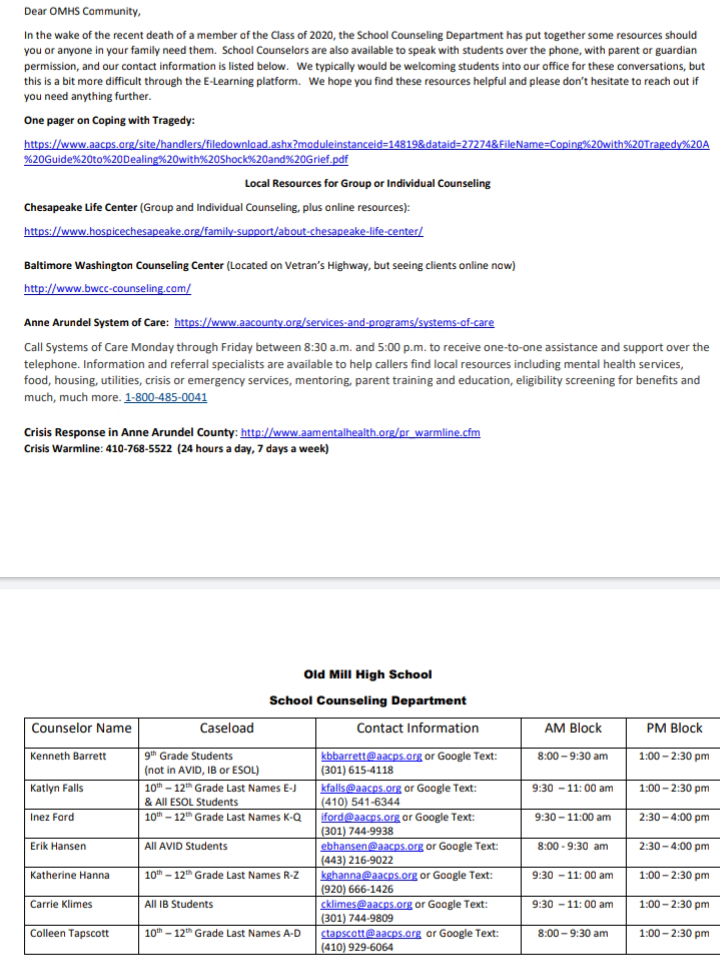