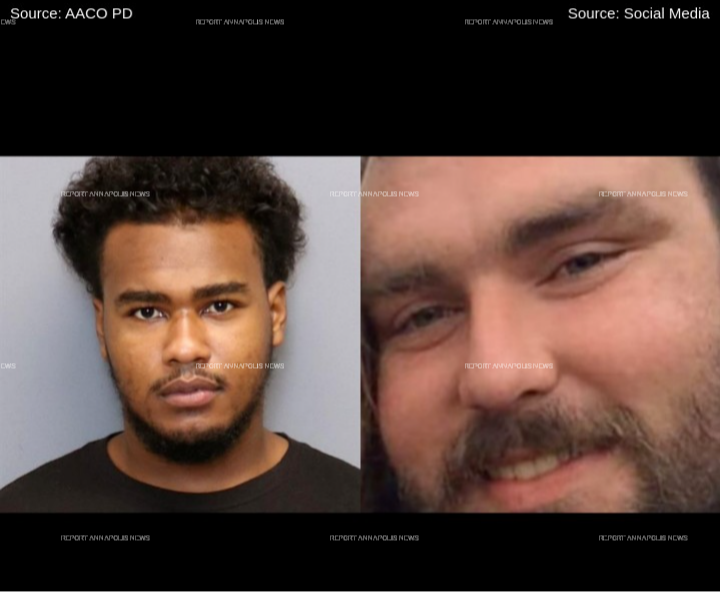 A 23 year old man has been sentenced after pleading guilty related to a September 2020 fatal Glen Burnie shooting.
According to court records, Khiry Dewann Queen (left photo) recently pled guilty to the second degree murder of Fillmore James Burriss(right photo), a twenty-seven-year-old male from the 200 block of Kent Road in Glen Burnie. During a hearing this week at the Anne Arundel County Circuit Court, Queen was sentenced to 40 years, with all but 17 suspended on the single count of second degree murder.  He was also sentenced to 5 years on a firearm related charge.
Upon release, Queen must submit to a term of supervised probation for a period of five years.
Police said on September 12, 2020, at approximately 10:45 p.m., Anne Arundel County Police responded to the 500 block of Delaware Avenue in Glen Burnie for the report of a fight. When officers arrived, they found Fillmore Burriss deceased, lying in the street suffering from an apparent gunshot wound.
As the investigation progressed numerous eyewitnesses to the incident were interviewed. The witnesses advised Mr. Burriss had an argument with three unknown males about being videoed. It was at that time one of the males produced a handgun and shot him during the altercation. The suspect-shooter was positively identified by witnesses as Khiry Queen.