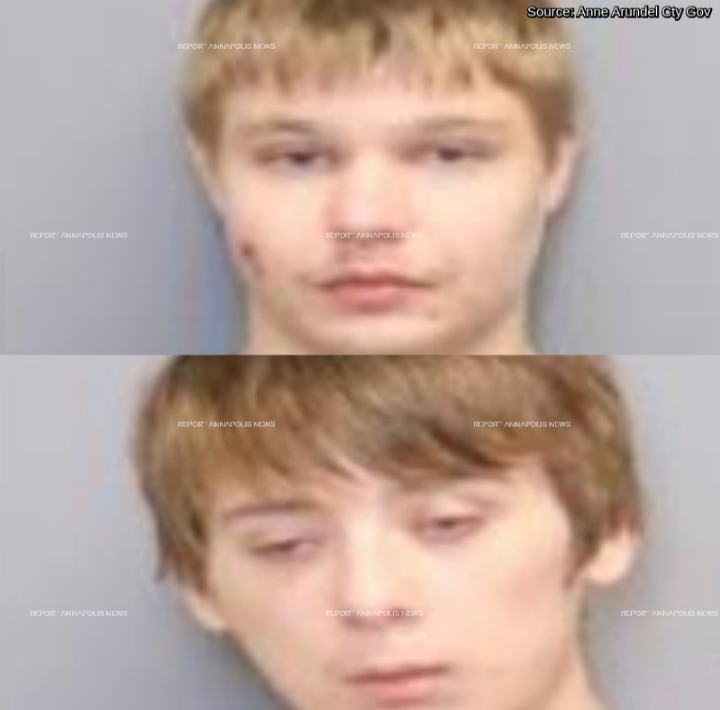 A recent car accident in Pasadena resulted in the arrests of two teenagers on drug related charges.
In a press release, the Anne Arundel County Police Department said on October 28, 2022, at approximately 1:15 a.m., officers responded for a report of a single-vehicle collision in the area of Mountain Road and Outing Avenue.
"As officers arrived, they observed one of the occupants attempting to conceal quantities of prescription pills and other CDS, officers detained both occupants of the vehicle and conducted an investigation," department officials said.  "During a search of the vehicle, officers located approximately 324 pills, gel caps, and tablets of various prescription drugs as well as suspected heroin/fentanyl, two digital scales, and $576 in US Currency."
Both the driver and passenger were arrested, charged accordingly and identified as:
Camden Saunders (Driver) (top photo)
18-year-old
Pasadena, Maryland
Jake Brown (Passenger) (bottom photo)
18-year-old
Severna Park, Maryland
Reminder: All suspects/arrested/charged individuals and persons of interest are innocent until proven guilty in a court of law.