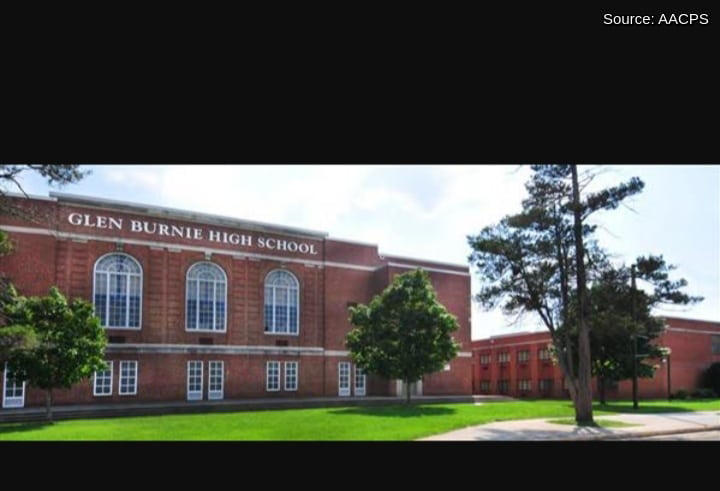 A senior at Glen Burnie High was arrested today after allegedly being found near the school with a loaded handgun.
In a letter to families, Principal Scott McGuire said just after 3 p.m., someone at a nearby business called police to alert them to two young men walking near the school and the fact that one may have had a gun. "Our School Resource Officers responded to the area, found
the suspects just off school property and searched them," the letter said.  "One of the young men, a senior at our school, had a gun
in his possession. The other young man, who is not a student at our school, did not have any weapons and was
released."
The school was reportedly placed into lockdown status as a precaution, causing a delay in dismissal by nearly 15 minutes.
This is the second incident at the school in less than a week that has involved a weapon.
County police said on October 12, at approximately 1:15pm, officers responded to a fight between students at the school. "During the fight, one student produced a small pocket knife and cut the other student on the upper body," officials said in a press release.  "The student with the knife was arrested and charged by the School Resource Officer on location. The other student suffered minor injuries. " 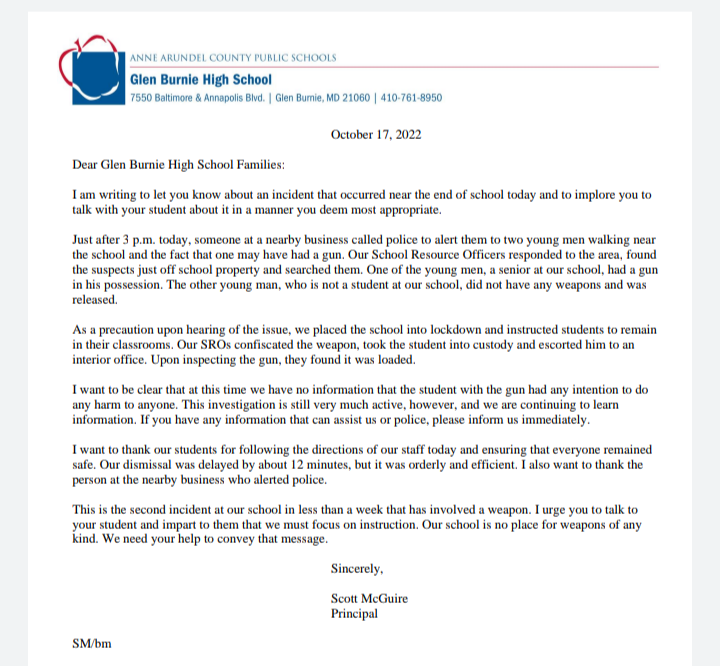