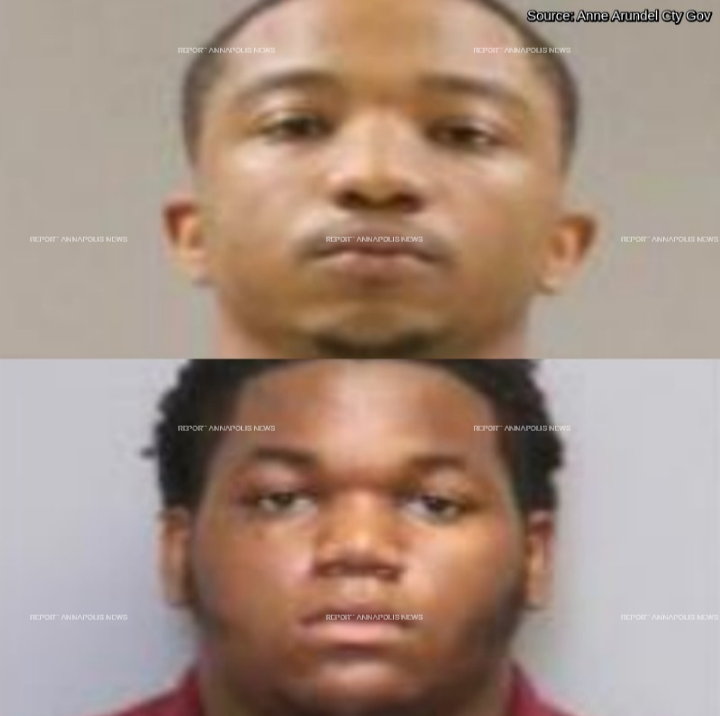 The Anne Arundel County Police Department has identified two suspects in connection with a recent Severn Shooting.
Police said on April 3, 2022, at approximately 9:00 p.m., officers responded to the area of the 8200 block of Marlton Court in Severn for a report of a shooting. A group of people reportedly arrived home and began getting out of their car when gunshots were fired toward them. "The rounds did not strike anyone; however, several vehicles and residences were damaged by projectiles," authorities said in a statement. "Officers searched the area but were unable to locate any suspects. "
Through a lengthy investigation, detectives identified and charged two suspects with the incident:
Taelur Thomas (top photo)
23-year-old
Ft. Meade, Maryland
Rashard Dixon (bottom photo
18-year-old
Owings Mills, Maryland
Reminder: All suspects/arrested/charged individuals and persons of interest are innocent until proven guilty in a court of law.