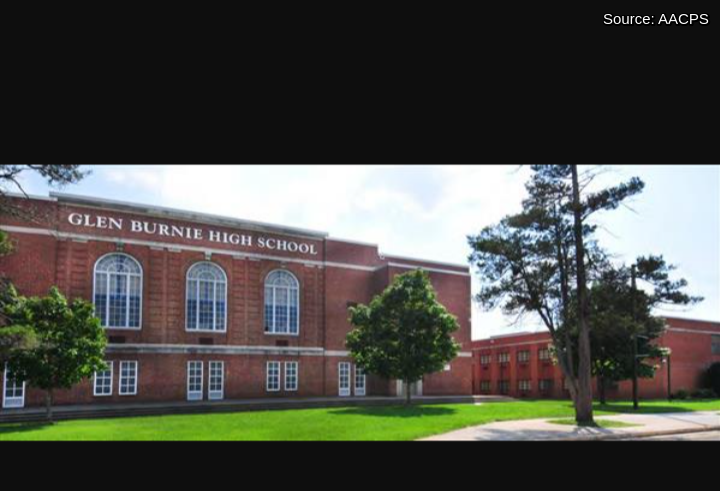 A student at Glen Burnie High was cut with a knife during a fight today, resulting in the arrest of another student.
County police said at approximately 1:15 this afternoon, officers responded to a fight between students at the school. "During the fight, one student produced a small pocket knife and cut the other student on the upper body," officials said in a press release.  "The student with the knife was arrested and charged by the School Resource Officer on location. The other student suffered minor injuries. "
The arrested student was only identified as a 17-year-old from Pasadena.