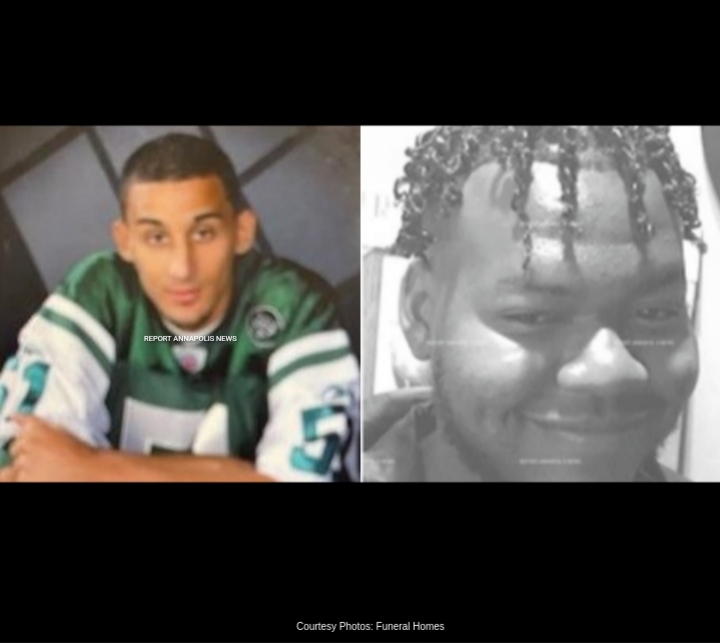 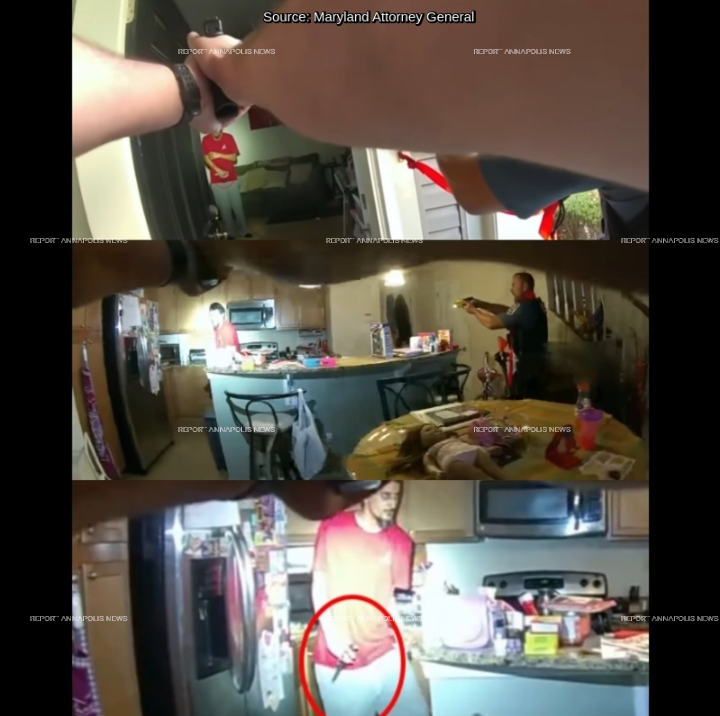 The Office of Attorney General's Independent Investigations Division said:
"At approximately 1:30 p.m., a woman called 911 to report that a male family member armed with a knife had chased her from a residence in the 1400 block of Braden Loop in Glen Burnie.  The 911 caller also reported that a woman who lived in the home could not be accounted for.
Anne Arundel County police responded to the scene and knocked several times on the door with no response.  Police then forcibly opened the front door and were met by a man armed with a knife.  The man was later identified as Digno Ramon Yorro, Jr.  Officers ordered Yorro to drop the knife multiple times.  When Yorro refused to comply with the officer’s verbal commands to drop the weapon, one officer deployed several bean-bag shotgun rounds and then his Taser, neither of which was effective.
Yorro then walked towards the officers still armed with the knife, at which time, Cpl. J. Burger discharged his duty weapon, shooting Yorro multiple times.  Yorro was pronounced deceased at the scene.  During the subsequent search of the residence, police discovered a deceased woman in the garage who had suffered from trauma.  She was subsequently identified as Yorro’s mother."
The body-worn camera footage can be seen here:
Body-Worn Camera Video from November 28th Fatal Incident 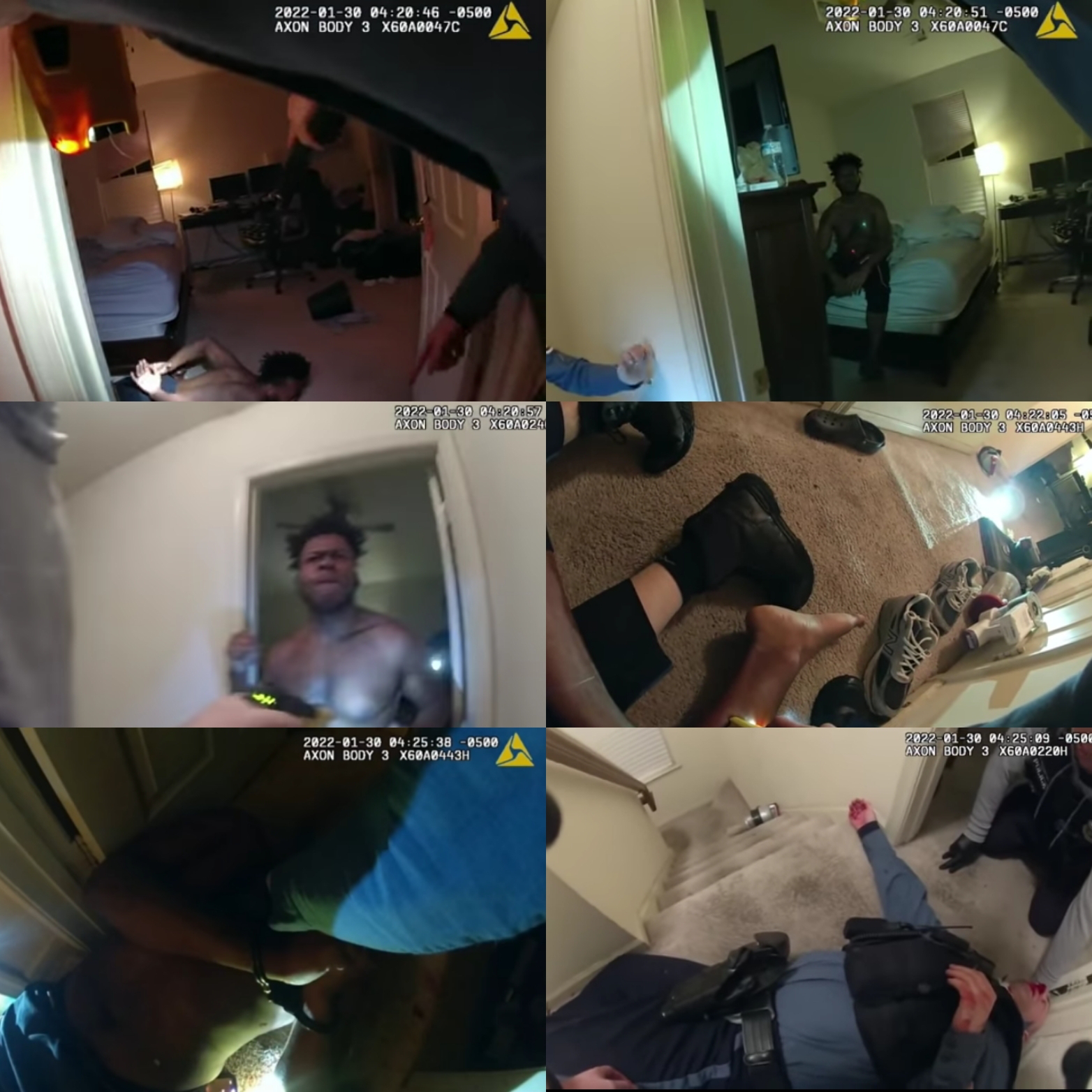 Dyonta “DJ” Quarles Jr.(main/title photo-right), 20 of Crofton, was fatally shot by an Anne Arundel County officer after police were called to his home in January.  Following an investigation conducted by the Maryland Attorney General, State's Attorney Anne Colt Leitess made the decision not to charge that officer, James Ricci.
On January 30, 2022, at approximately 4:05 a.m., officers with the Anne Arundel County Police Department responded to the residence after Dyonta's mother called 911 to report that she was having a dispute with him, and he would not let her leave a bedroom in the home.
When officers arrived on scene, Dyonta's mother stated that she could not get to the front door and instructed officers to enter the house. Officers forced entry into the home and proceeded to an upstairs bedroom where Dyonta and his mother were both located. Once inside, officers gave Dyonta commands to get on the ground. When the officers attempted to place him in handcuffs, he began to assault them by biting one of the officer's fingers. During the altercation, an officer deployed their taser, but it did not take effect. An officer then discharged his department-issued firearm, striking Dyonta. He was pronounced dead on scene.
Ricci is a 3-year veteran of the Anne Arundel County Police Department and assigned to the Bureau of Patrol. He has a total of 11 years of law-enforcement experience.
To view the body-worn camera footage:AACOPD-OAG Body Worn Camera Footage-Crofton Police Involved Shooting
A Chicago-based civil rights attorney has filed a lawsuit against Ricci and the police department on the behalf of Dyonta's family.
The complaint can be viewed here:
Dyonta Quarles Wrongful Death Lawsuit