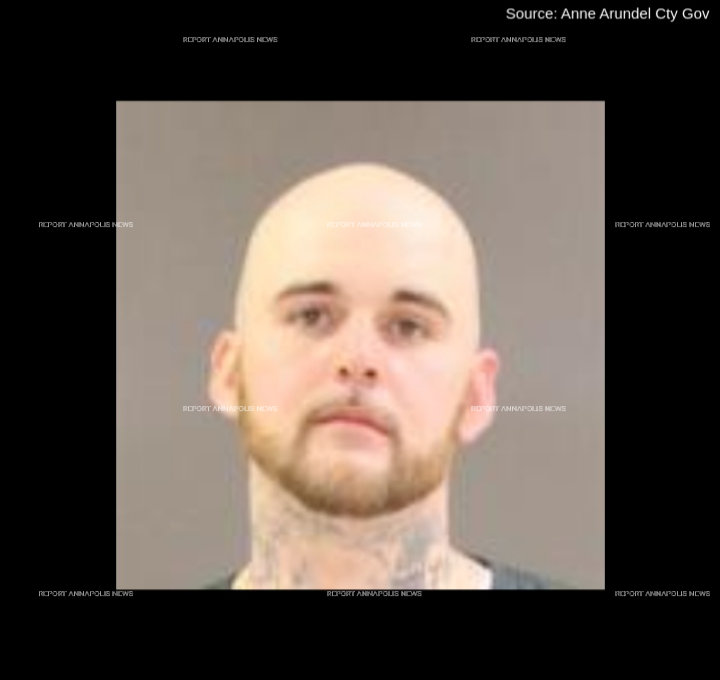 A Pasadena man has been arrested following an undercover child porn investigation conducted by DC and federal authorities.
According to documents obtained by Report Annapolis News, 35 year old Justin Lee Snowden (shown above), was taken into custody on September 26, 2022, and is now facing two charges; distribution of child pornography and the attempted receipt of child pornography.
"On September 8, 2022, an FBI Washington Field Office (“WFO”) Task Force Officer was acting
in an undercover (“UC”) capacity as part of the Metropolitan Police Department-Federal Bureau
of Investigation (“MPD-FBI”) Child Exploitation Task Force, operating out of a satellite office
in Washington, D.C.," a Detective with the DC Police Department wrote.  "In that capacity, the UC initiated a KIK chat conversation with an
individual who, based on information provided by an FBI agent in another jurisdiction, was in a
KIK group offering up his 5 and 7-year-old daughters for sex with members in the group."
The charging documents say during the course of the chat, this individual, subsequently identified as Justin Snowden, stated he has two daughters, ages 5 and 7, and that he sexually abuses them. ”The Defendant then sent the UC a video, which depicts an adult male sexually assaulting a prepubescent child. The child appears to be between the ages of 5 and 8 years old."
Snowden allegedly informed the undercover agent that he has a girlfriend who is not aware that he sexually abuses his children, the detective said.
A preliminary hearing is set for October 1 from the E. Barrett-Prettyman United States Courthouse in Washington, DC.