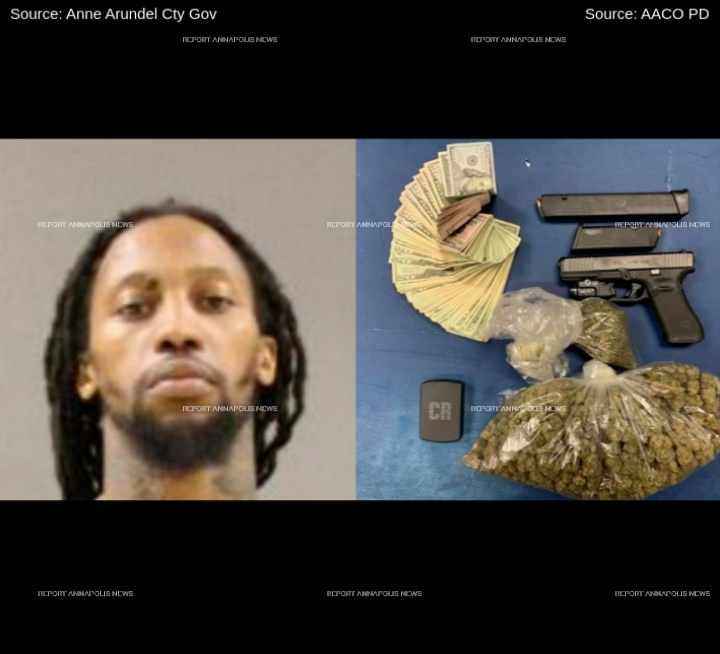 A routine traffic stop in Crofton has lead to the arrest of a man on drug and gun related charges.
Police said on September 21, 2022, at approximately 6:15 p.m. officers conducted a traffic stop on a vehicle for an equipment violation in the area of Johns Hopkins Road and Nantucket Drive. "Upon approaching the vehicle, officers detected a strong odor of marijuana emanating from the vehicle," the Anne Arundel County Police Department said in a press release. "During a subsequent search of the vehicle, officers located a loaded black semi-automatic handgun, an extended magazine with ammunition, approximately 500g of suspected marijuana, and a digital scale."
The driver of the vehicle was arrestedcharged accordingly, and identified as:
Camonte Pettiford
28-year-old
Crofton, Maryland