Grand Jury Indicts Odenton Man, 33, in the Murder of His Grandmother, a Retired County School Teacher 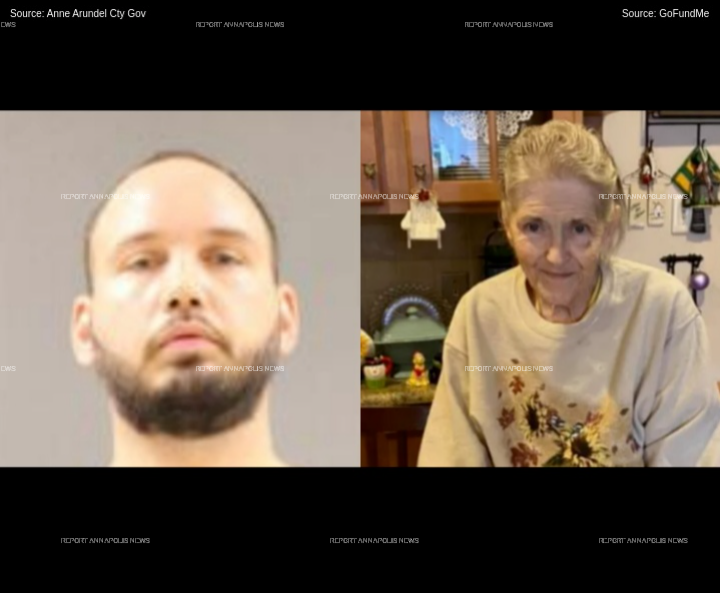 An Anne Arundel County grand jury has indicted a 33 year old Odenton Man in connection with the murder of his grandmother, a former teacher  in the Anne Arundel County Public School System.
Authorities said on December 16, 2021, at approximately 8:20 p.m., officers responded to the 2000 block of Autumn Valley Circle in Odenton, for a family dispute. In a press release, the county police department said the victim was reporting a head injury and was requesting medical aid. "When officers arrived, the suspect, the caller’s grandson, was confronting officers and hindering paramedics from rendering aid to the victim, who had become unconscious," the press release stated.  "As officers attempted to de-escalate the situation, the suspect pushed an officer and was placed into custody."
Paramedics were then able to render aid to the victim, who never regained consciousness and was transported to an area trauma center, authorities say.  The suspect was reportedly arrested for his assault on the responding officer as well as family violence charges.
According to investigative sources, on December 20, 2021, the victim, in this case, Ms. Betty Ann Esposito (pictured on the right), who was seventy-eight years old at the time, succumbed to her injuries sustained on the evening of December 16, 2021.
After months of investigative work, coordination with the State Medical Examiner’s Office and working with the Anne Arundel County State’s Attorney’s Office, information was presented to an Anne Arundel County Grand Jury. On August 26, 2022, the grand jury indicted Michael Esposito (pictured on the left) with 2nd Degree Murder, Vulnerable Adult Abuse, and Abuse/Neglect of a Vulnerable Adult/Family Member. Mr. Esposito was taken into custody on August 27, 2022, without incident and is being held without bond pending trial, officials said.
According to an online obituary, Ms. Esposito was a retired county public school computer teacher.  "She taught at Crofton Woods Elementary, Severn Elementary and at VanBoklen Elementary, her last assignment before retiring," the obituary reads. "After retirement, she spent a couple of hours every school day working at The School of the Incarnation (SOTI) in their cafeteria."