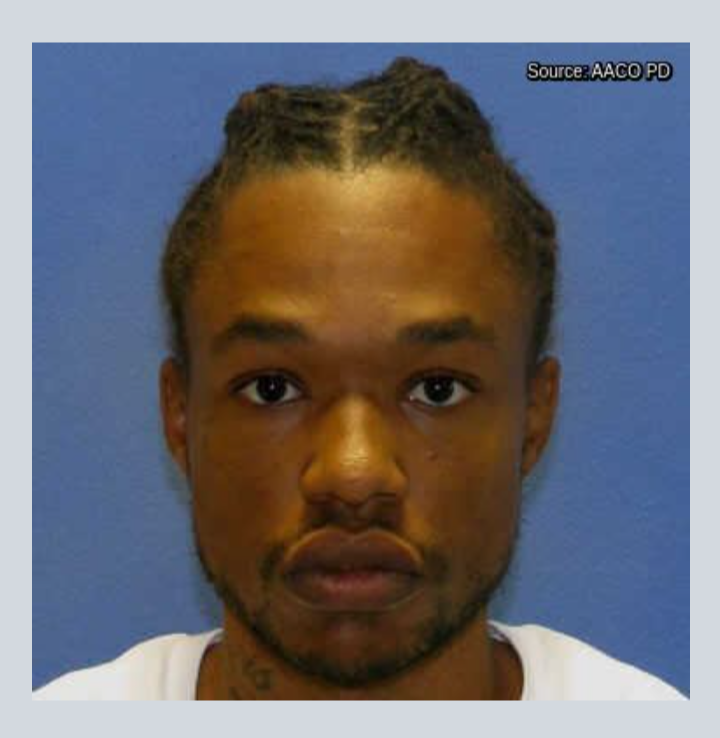 The Anne Arundel County Police Department is continuing to investigate a recent shooting in Odenton which left one person dead and another with serious, but non life threatening injuries.
Alexander Leon Gray Jr., (pictured above), a 38 year old man from Glen Burnie, was shot to death during the early Sunday morning double shooting.
The police department said on September 25, 2022, at approximately 2:30 a.m., officers were dispatched to a shooting at 1588 Annapolis Road in Odenton, Maryland. The location is a business in the basement of a small commercial structure and advertised a large party from midnight until 5:00 a.m. that same date.
"When officers arrived, they encountered 60-70 people exiting the business and scattering about the parking lot and Annapolis Road. The crowd would not allow officers entry to the establishment," a press release states.  "A victim was encountered in the parking lot, bleeding but trying to get away. It was also apparent there was a victim within the business's doorway. The crowd was actively impeding officers from rendering aid to either victim."
According to reports, when enough officers arrived, they had to form a line and push the crowd back to allow the Fire Department access to the victims.
The victim in the parking lot was transported to an area trauma center, and the victim inside the business, later identified as Alexander Leon Gray Jr, was pronounced deceased.
Anne Arundel County Police Homicide Detectives ask that anyone with information contact 410-222-4731. Callers wishing to remain anonymous are encouraged to call the Anne Arundel County Police Tip Line at 410-222-4700.