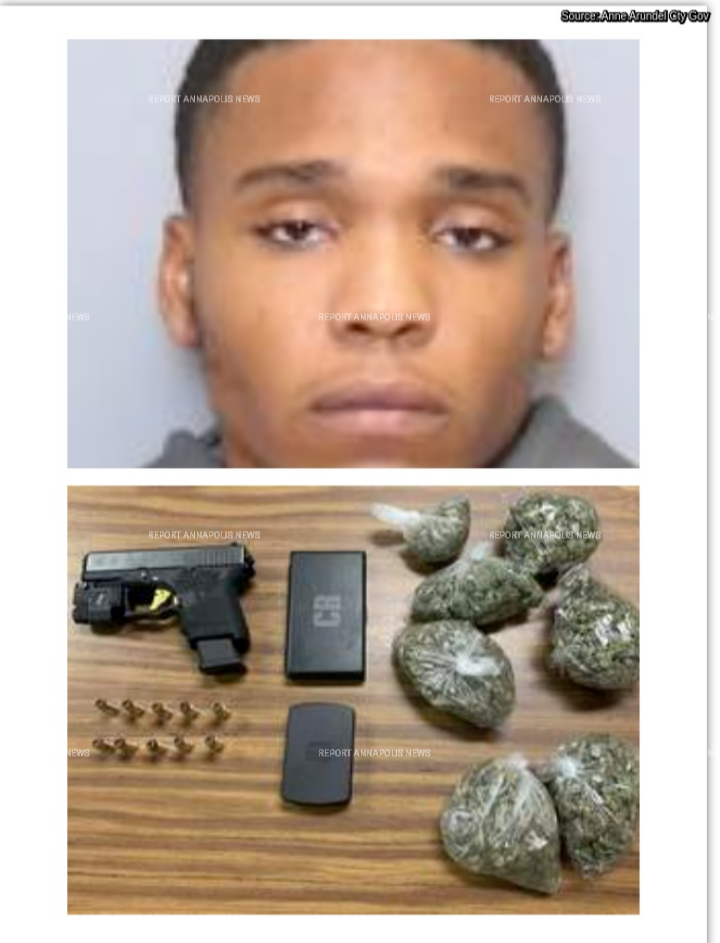 A Severn man is facing drug and gun possession charges after recently being arrested in Odenton.
Police said on September 16, 2022, at approximately 12:30 a.m., an officer observed an occupied vehicle, a silver 2015 Honda Accord, parked at the Motel 6 located at 1630 Annapolis Road in Odenton. "Upon approaching the vehicle, the officer noticed the odor of marijuana coming from inside the vehicle and observed suspected marijuana inside the vehicle," authorities said in a press release. "The investigation resulted in the seizure of a loaded .40 caliber Polymer 80 handgun and approximately 181 grams of suspected marijuana."
The suspect was arrested, charged and identified as: Derek Hamilton Smith Jr., 21 years of age.
A district court commisioner released Smith on his own recognizance, court records show. 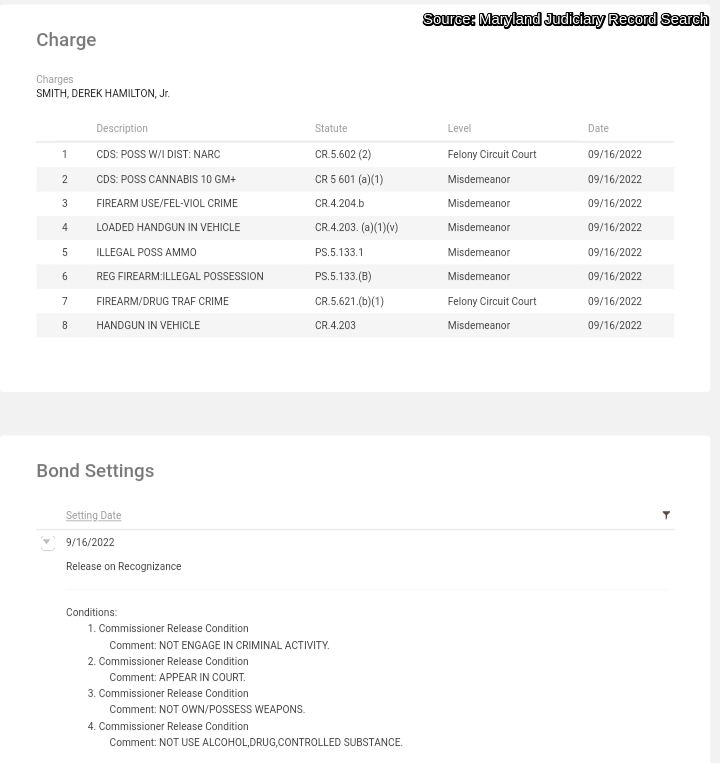